3 min read
2 comments
FacebookTwitterRedditPinterestEmail
Don't Crash for Wii U is a tiny game with, to be frank, not much to do. Press the A button to change lanes, and avoid a crash at all costs.

Don’t Crash is the next entry to indie developer RCMADIAX’s list of Wii U titles. Much like other titles in the family, Don’t Crash is a is an incredibly tiny game with simple controls and to be frank, not much to do. The is simply a remaster of a simple and already existing mobile title. 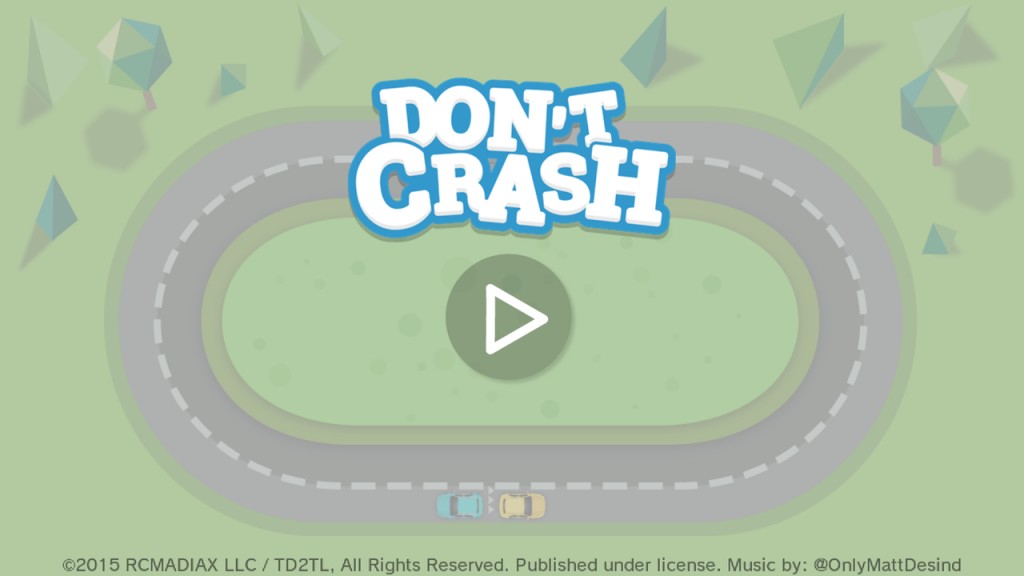 The game’s title is the goal of the game. You control a blue car racing around a 2-lane oval racetrack with the only control being the ability to change lanes. Going in the opposite direction is a yellow car that will also change lanes occasionally but it is not always easy to predict when. A point is gained for every time you successfully the other car. Daring players can get an extra bonus point can also be earned for near misses. After a few laps the cars will speed up a bit or slow down randomly. The game ends when the cars collide.

Overall, there isn’t very much to do in the game, but I will say it can be addicting the first few times you play it. The game can really only test your ability to react quickly. Other than that though, the game doesn’t offer anything else.

Also, while the game encourages posting screenshots of your score to Miiverse, it would have been nice to have an integrated leader-board system.

The gamepad is currently the only supported controller. Press the A button to switch lanes. That’s about it.

The graphics are, for better or worse, the best part of the game. The cars and track are easy to see and very sharp. There are a few different static backgrounds that can appear during the game featuring different scenes made of polygons to break up the monotony. While simple, the pastel colors are pleasing to look at.

The game features a mellow background song that’s decent but it is the only song in the game’s sound track and gets boring pretty quickly. 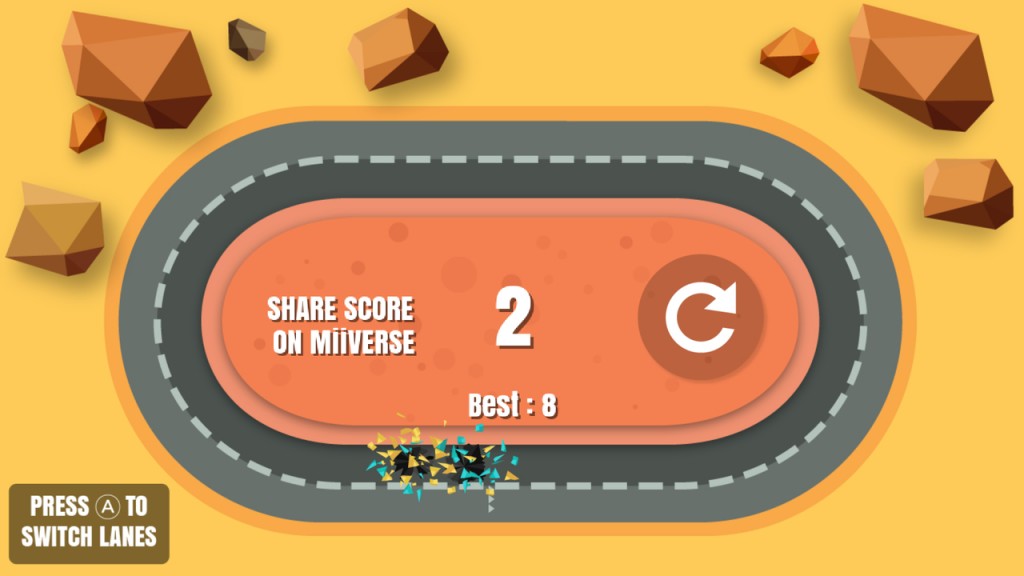 There isn’t much else to say about Don’t Crash. The game doesn’t try to be anything bigger than it promises to be but because of that it has almost nothing to offer. Akin to other small games in the indie scene, the title can really only capture your attention for a few minutes. While there is a small degree of fun with it, I cannot see myself playing for more than 10 minutes at a time nor it being a first choice to cure boredom. And with that said, there is little reason to pick up this game over its free mobile counterpart.

In my own opinion, I feel that the handful of games that RCMADIAX has produced would be better received if there was a way to release them in the form of a mini-game collection. At least that way people would get some bang for their buck.