1 min read
Add comment
FacebookTwitterRedditPinterestEmail
Dragon Ball Z is returning to Japanese theaters in 2015, and this time we'll see the resurgence of a familiar villain... Frieza.

Dragon Ball Z is returning to Japanese theaters in 2015, and this time we’ll see the resurgence of a familiar villain… Frieza.

The title of the next installment is currently Dragon Ball Z: Fukkatsu no F (Dragon Ball Z: F Is For Fukkatsu, or ‘resurrection’) and is scheduled for a Japanese theatrical release on April 18th, 2015.

According to V Jump magazine, the story is described as follows:

An Earth where peace has arrived. However, remnants of Frieza’s army Sorbet and Tagoma (from the Japanese word for ‘egg’) arrive on the planet. Their goal is to revive Frieza with the dragon balls. Their dastardly wish is granted, the “F” that plans its revenge against the Saiyans is revived! 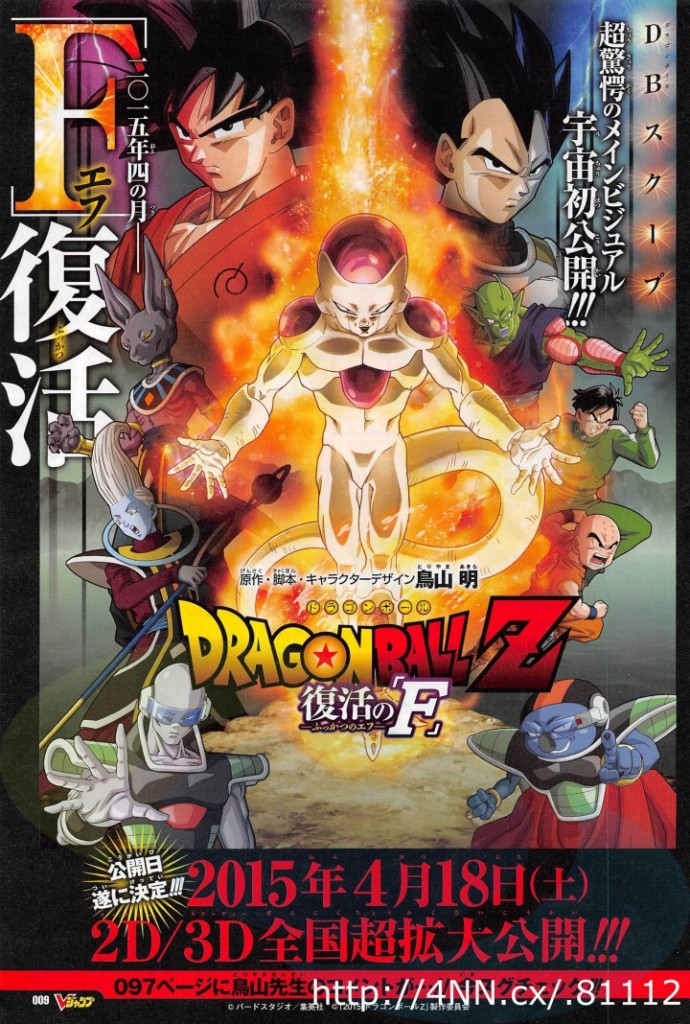 Text: The entire universe eagerly awaits
Text: Original concept, scripts, character design
Text: Akira Toriyama
Shenlong: Now, say your wish. I will grant you any one wish only.
Text: There’s someone I want you to revive.
Shenlong: Your wish has been granted.
Text: The worst wish in history. Now, despair begins.