1 min read
Add comment
FacebookTwitterRedditPinterestEmail
Star Trek: The Next Generation – The Fourth Season will arrive on Blu-ray this summer.

Star Trek: The Next Generation – The Fourth Season will arrive on Blu-ray this summer.

The Fourth Season includes all 26 episodes, among them the memorable “The Best of Both Worlds, Part II,” “Reunion,” “Redemption,” “Final Mission,” “Qpid,” “The Drumhead,” “Brothers” and “In Theory,” all painstakingly restored and remastered.

Among the extras on the six-disc set: audio commentaries by Rob Bowman, Brannon Braga, Mike and Denise Okuda and Ronald D. Moore, a gag reel and episodic promos. Brand-new elements will also include “Relavitity: The Family Saga of Star Trek: The Next Generation” and “In Conversation: The Art Department.” The former is a multi-part documentary that examines both the show’s explosion into a pop culture phenomenon after its third season and the Enterprise crew’s interpersonal bonds and family relationships, as depicted in “Brothers” and “Reunion.” The latter offers a look at some of TNG’s most-iconic designs, complemented by fresh interviews with production team members Herman Zimmerman, Doug Drexler, Rick Sternbach, the Okudas, Dan Curry and more. 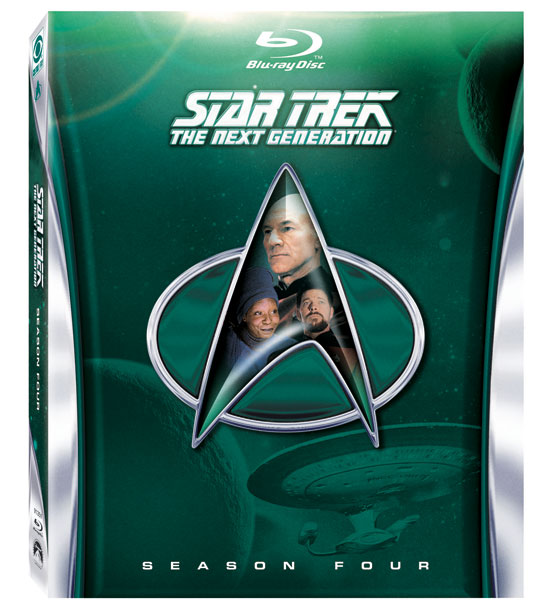 PB and Rob read some listener feedback, then talk about breakfasts we’re eating, some weird things in the Star Trek episode The Perfect Mate, playing...