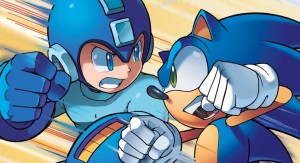 Sega and Capcom’s best known blue colored mascots join forces in this summer’s comic crossover. Sonic the Hedgehog and Mega Man need to join forces when villains Dr. Wily and Dr. Eggman unite to use robotics and the power of the Chaos Emeralds to take over the world.

Published by Archie Comics, the comic series will span 12 issues across 3 comic series and feature many fan favorite characters from both universes working together. New enemies created from the combined talents of the two evil geniuses will also been seen, including what appears to be  evil robotic duplicates of Sonic’s friends. ProtoMan, Bass, and Metal Sonic are also shown to have roles in the story.

This comic arch has been highly anticipated since San Diego Comic Con and  comes at an appropriate time as 2013 marks Mega Man’s 25 anniversary. Perhaps there will be further collaboration between these two 3rd party companies in the future. I know I would love to see a cross-over video game based on this story.

Issue #1 of the series was released April 10, 2013 as Mega Man #24 and we can expect to see releases each month between now and August. 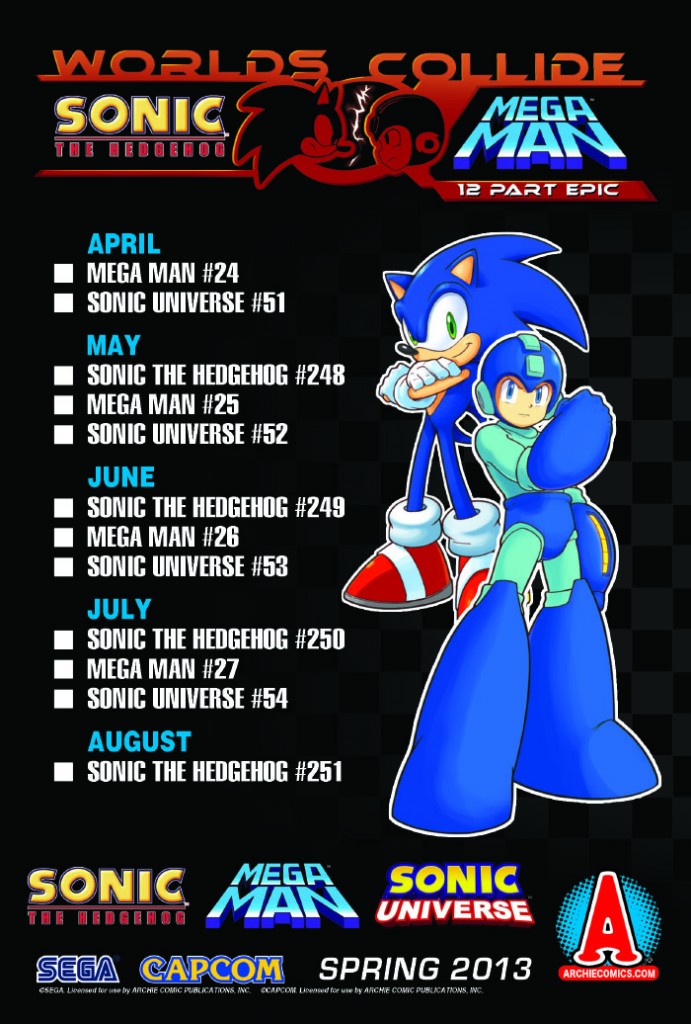