3 min read
Add comment
FacebookTwitterRedditPinterestEmail
The next release in the DC Animated Universe series has been announced for release on July 30, 2013.

The next release in the DC Universe Animated series has been announced. Based on the miniseries by Geoff Johns and Andy Kubert, Justice League: The Flashpoint Paradox will be released on July 30, 2013.

The world is turned upside down as one of earth’s greatest super heroes – Flash – wakes up devoid of his super powers in the all-new Justice League: The Flashpoint Paradox – the next entry in the popular, ongoing series of DC Universe Original Animated Movies. Produced by DC Entertainment and Warner Bros. Animation, this all-new, PG-13 rated film arrives July 30, 2013 from Warner Bros. Home Entertainment on Blu-Ray Combo Pack, DVD, and Digital Download. The Blu-ray Combo Pack will include UltraViolet.

When time travel allows a past wrong to be righted for Flash and his family, the event’s temporal ripples prove disastrous, creating a fractured, alternate reality where the Justice League never formed, and even Superman is nowhere to be found. Amidst a new world being ravaged by a fierce war between Wonder Woman’s Amazons and Aquaman’s Atlanteans, Flash must team with a grittier, more violent Batman and government agent Cyborg to restore the continuity of Flash’s original timeline.

The voice cast consists of: 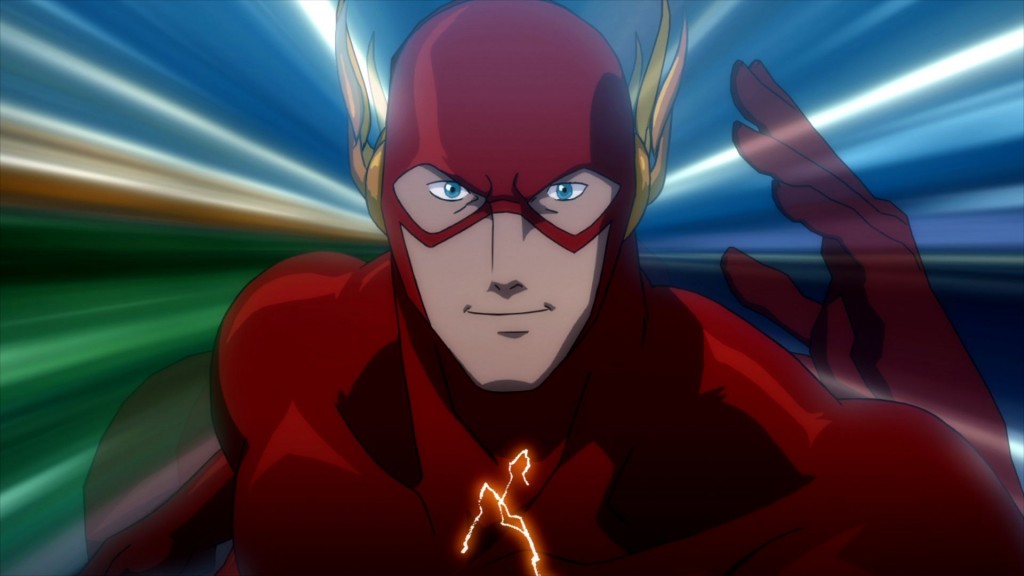 Justice League: The Flashpoint Paradox Blu-ray has over three hours of extra content, including: 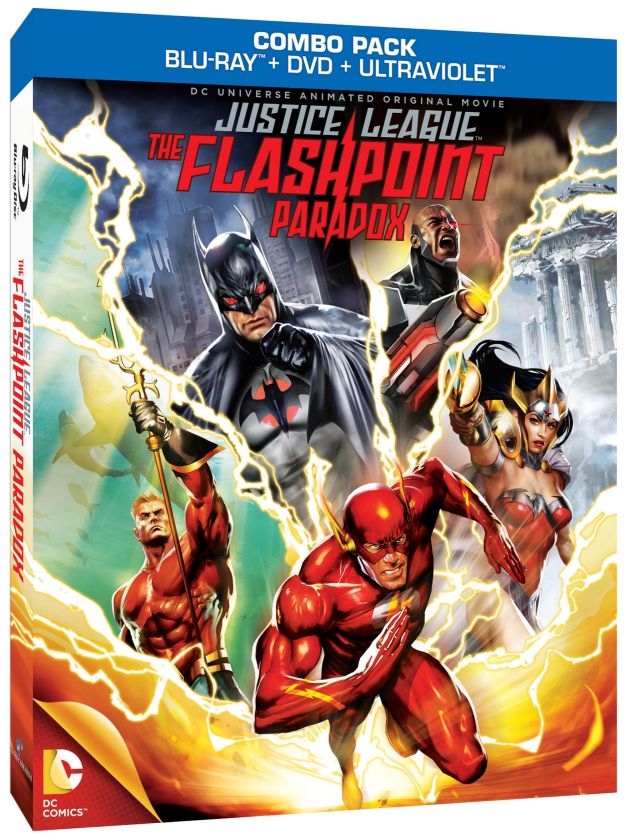