3 min read
Add comment
FacebookTwitterRedditPinterestEmail
We were fortunate enough to get an exclusive look at some Saints Row IV gameplay footage at PAX East 2013. Here's what we learned... 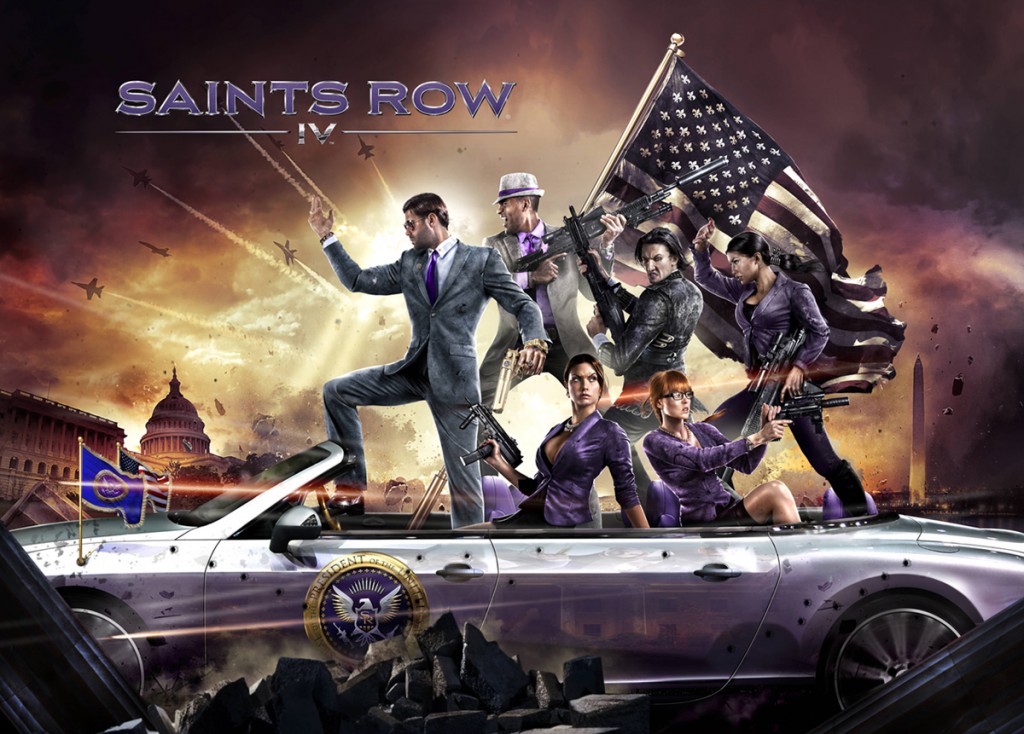 We were fortunate enough to get an exclusive look at some Saints Row IV gameplay footage at PAX East 2013 today, and I can without a doubt tell you that the game looks amazing!!

Granted, I’m new to the franchise, but here’s a little information on what we saw and what we gathered from the Q&A that followed…

The first action we saw performed in the demo was the leader of the Saints, now President of the United States, slide underneath someone’s legs while punching them in the junk, and then flipping them over. I was sold right there.

If that wasn’t enough, while fighting someone else, he broke out a Stone Cold Stunner!! I’m not talking about a lame, half-assed, stunner copy either; this was the real deal.

A couple of the weapons were shown off, specifically the Inflato Ray and Dubstep Gun. The Inflato Ray made a person’s head start to blow up like a balloon before his eyes bugged out and his head exploded. Then came the Dubstep Gun, which fired out sonic waveforms while playing dubstep music. Pedestrians responded by dancing to the music unless they were struck by the rays, which would cause them to distort. We also learned that weapons could have their appearances changed. They would still function the same, but appear differently. The example we were shown was a rocket launcher being given the appearance of a guitar case and fired off El Mariachi style. This time around there’s also a Mech Suit being introduced, which does significant damage. 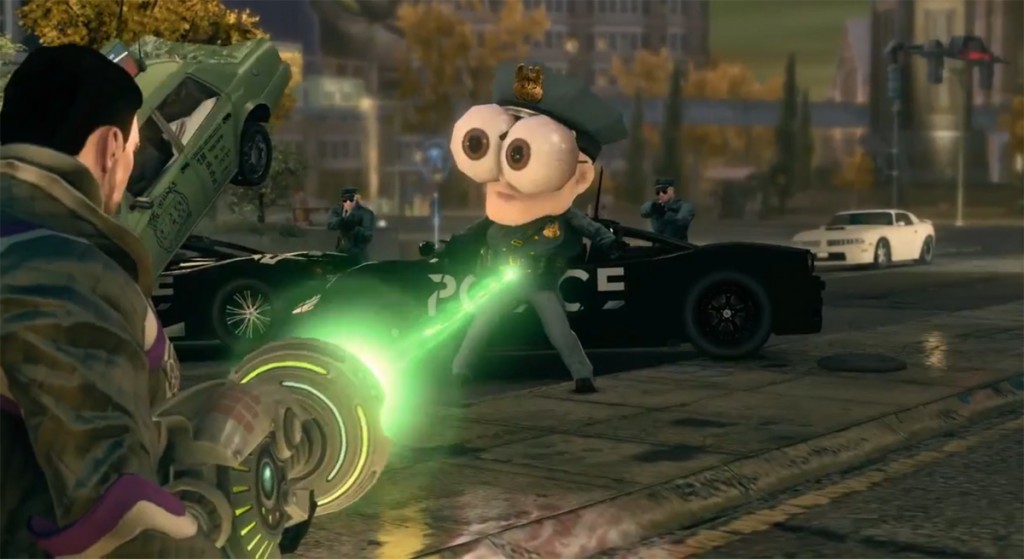 In Saints Row IV, the Zin are an alien race led by Ziniac who are invading Earth. They kidnap the president and place him into a digital prison, reminiscent of The Matrix, in which the city exists in an altered state. The purpose of these digital prisons are to break the will of the inmate. They are also host to superpowered Zin called Wardens, who keep the inmates in line. Don’t think that having one enemy alien race will limit the diversity of bad guys in the game though, because we were told that the Zin have more enemy types in Saints Row IV than all three of the gangs in Saints Row 3 had combined.

Speaking of the Matrix-like prison, there are some other changes that can occur. The player can acquire superpowers when in this environment, allowing them to have super speed, perform tremendous leaps, fire icy blasts, use TK (telekinesis) to throw people and objects, and amp up their combat abilities.

As far as the scale of Steelport this time around, the city will be roughly the same size horizontally, but given the new superpowers, there has been a vast increase to the amount of space the player can move vertically.

When discussing the multiplayer, a new mode was revealed called Death Tag. In this mode, each player gets one superpower and they’re told to kill each other.

Many thanks to Volition and Deep Silver for the exclusive look. Saints Row IV is set for release this August 20.