2 min read
Add comment
FacebookTwitterRedditPinterestEmail
Head back to Duckburg with DuckTales Remastered, a hand-drawn reimagining of one of the most memorable 8-bit games of all time.

Head back to Duckburg with Scrooge McDuck, Launchpad, Huey, Dewey and Louie with DuckTales Remastered, a hand-drawn reimagining of one of the most memorable 8-bit games of all time.

DuckTales Remastered has seen the development team take the levels and layout from the original 1989 release as a foundation before expanding upon them to significantly enhance the gameplay experience, but where this update truly impresses is its graphics and sound. All of the visuals from the 8-bit game have been beautifully re-created as hand-drawn and animated sprites, across a backdrop of luscious, re-envisioned level backgrounds. Furthermore, original Disney Character Voices talent, including some from the cartoon TV series, bring in-game characters to life with charm and wit, while the classic melodies of the original soundtrack are given a modern twist.

Further additions to the original include an all new tutorial level where players can get familiar with the iconic pogo jump and cane swing; while Scrooge McDuck’s Museum allows players to track all their stats and compare their progress with others via global leaderboards.

A Disney Interactive licensed property, DuckTales Remastered is being developed for Capcom by WayForward and is scheduled for release digitally on Xbox LIVE Arcade, PlayStation 3, and Wii U this summer. 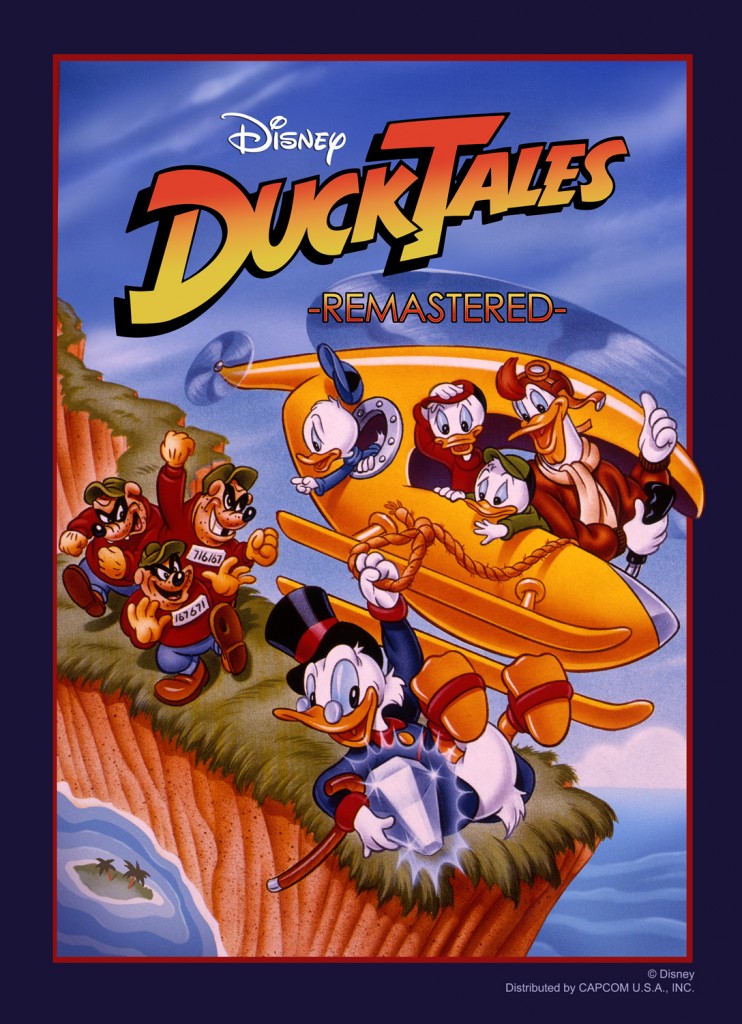