Next Assassin’s Creed will feature new hero and time period

1 min read
Add comment
FacebookTwitterRedditPinterestEmail
Ubisoft has stated that the next Assassin's Creed game will feature a new protagonist and take place in another time period. 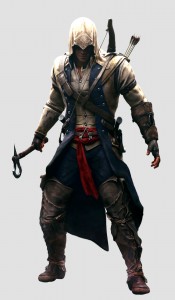 While everyone was really excited for Assassin’s Creed III because it takes place during the Revolutionary War, most people were probably unprepared for just how dull and uncharismatic its protagonist , Ratonhnhaké:ton, would be. For me at least, Connor was a huge step down from Ezio, who I’d grown quite attached to and fond of over the course of Assassin’s Creed II, Brotherhood, and Revelations.

Perhaps Ubisoft is hearing the same from others, as Ubisoft CEO Yves Guillemot told IGN today that the “all-new Assassin’s Creed hero, within an all new team and time period” will be “another major leap forward for the franchise” when it releases some time before April 2014.

“It is the benefit of multiple teams working on multiple chapters of the product,” Guillemot said, “each getting several years to make their versions of an Assassin’s Creed game.”