What is Capcom doing to Mega Man?

6 min read
7 comments
FacebookTwitterRedditPinterestEmail
It's his 25 anniversary. Why treat the Blue Bomber like this?

Everyone can recognize Mega Man. He’s the arm cannon-wielding robot otherwise known as the “Blue Bomber”. Next to characters like Mario and Sonic, Mega Man is certainly a famous and successful character spanning tons of adventure games, fighting games, and many RPGs over the past 25 years. With 7 different Mega Man characters with various timelines, you would think that Capcom has endless options for making new Mega Man games. And yet, three – count them, three – Mega Man projects in the past 2 years have been scrapped and the only game in production is Mega Man Xover (pronounced Cross-over) for the iOS; a freakin’ cellphone game! So let’s look at what Capcom felt wasn’t good enough to give the fans despite their incessant demands for them.

In 2010, Capcom announced a new game in the original series entitled Mega Man Universe for the XBLA and PSN. The game was going to feature various versions of the original Mega Man (including one based off of the cover of the American version of Mega Man), and a level generator that could share user created levels with others online. The cherry on top was the inclusion of at least 2 other Capcom characters, Street Fighter’s Ryu, and Sir Arthur, the protagonist of Ghost n’ Goblins. Everything seemed to be going great until Capcom decided to pull the plug on the product about a year later.

So why did it get sacked? Well, comments from Capcom said that it was cancelled for “various circumstances” (yeah, very specific there), but many speculate that the timely departure of Keiji Inafune, the Father of Mega Man and head developer on this project from Capcom, to be the culprit.

So okay, that’s understandable. You lose the guy who dreamed up the character and the head developer. I can deal with that I guess. But what comes next just blows my mind.

Here’s one of those topics that you’ve either heard about in detail or never knew about. In 2010, Capcom began production of a 3rd game in the Mega Man Legends series – the first game of that long lost series in over 10 years. It was planned to be released exclusively for the Nintendo 3DS.

To back up a minute, Mega Man Legends was a three-game series that lived mainly on the PlayStation. Unlike many other series of Mega Man, Legends was more of a 3-D adventure RPG (not unlike Zelda) set in a future world but without the major influences of robots and technology. It is one of the more obscure branches of the Mega Man franchise. To put it in movie terms, Mega Man Legends is a cult classic instead of a top blockbuster like the original series.

Anyways, back to the game. MML3 was supposed to come out exclusively for the Nintendo 3DS, and Capcom was doing something a little different for a major developer. You see, Capcom knew that Mega Man Legends was going to be a hit-or-miss game with a very specific audience. So in order to guarantee that there were people out there that would buy this game, Capcom opened up a fan “Development Room”, which was a revolutionary idea that would allow thousands of fans to contribute to the game’s development by giving support and opinions.

Capcom decided to pull the plug on production when it decided that fan support was severely lacking in the “Development Room” and based on the low number of members. This was a very strange decision because Capcom already had plans to release a prototype version demo on the Nintendo eShop for people to play.

So rather than waiting to see how many people actually would be interested in the game, Capcom was deterred by the lack of online fan support. Currently there’s a massive Facebook group entitled “100,000 Strong for Bringing Back Mega Man Legends 3”. The group has reached its goal of 100,000 “Likes” and surpassed it. However, despite substantial media coverage by major video game sites (IGN, Joystiq) as well as support by Keiji Inafune, Capcom has not decided to revive the project.

The demand is there! People want to play the demos and want to revive the project. But alas, cries continue to fall on deaf ears. 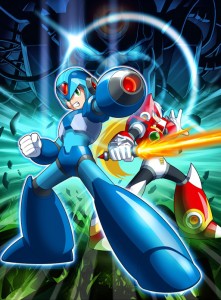 Okay, so this one isn’t actually a blunder exclusive to Capcom. Mega Man Online was actually being developed with Capcom’s permission by a South Korean company. The game was to be an MMORPG set in the Mega Man X universe. In May, the team underwent some “internal reconstructing” (whatever the heck that means) and production seemed to stop to a halt. Later in the summer, official game images were released by a former developer, something that wouldn’t have been allowed if those images were still in production, suggesting that the game has been shelved. No official word has been given about the project, but between a lack of information and speculation, it’s safe to assume that this game is doomed, too.

Just in the last year and a half, Capcom has pretty much cancelled three distinct but potentially successful games. Typically, Japanese game developers have been known to release many local demos to generate fan interest. Even more interesting is that none of these games were in production or brought up at E3.

Many other Capcom games, such as the Vs. Capcom and Resident Evil titles are doing just dandy in both content and sales. So why is Mega Man having such a hard time getting off the ground again? And trust me, Mega Man spin-off games for cell phones have never been very successful. If Capcom hopes to get satisfaction from its die-hard fans with an iOS game, they have one heck of a challenge. I don’t see Mega Man Xover being the next Angry Birds. Capcom’s logic must be that if they can’t get a game out for a console, a handheld, or PC, smart phones must be the answer.

Notice the incredible amount of dislikes and hate comments on this video.

It’s his 25 anniversary. Why treat the Blue Bomber like this?