Let’s face facts: EVERYONE loves the Transformers. And no, I’m not talking about the re-imagined Transformers that appeared in cinemas worldwide the past few years. I’m talking about the classic Generation One robots that anyone who is now in their late twenties and early thirties grew up on. So you can take it from me, a guy who bought a $100 dollar reissue Metroplex figure because he didn’t have it as a kid, that when I say Fall of Cybertron is not only the best Transformers game out there, it is also one of THE BEST licensed property games out there. Fans of the classic Generation One TV series, comics, and animated film… listen up, because if you don’t you might miss something great.

Presentation/Story: Transformers: Fall of Cybertron is the follow-up title to 2010’s War for Cybertron, which met with much critical acclaim in its own right. Although it was critically praised, it had its flaws in single player mode, along with a myriad of issues with the skewed difficulty in some areas and too many selectable character options. Fall of Cybertron remedies all of these issues with regard to gameplay and balance. The end result: one of the most enjoyable games you will play in recent memory.

The story takes place after War for Cybertron ends. Optimus Prime and the Autobots are desperate to leave Cybertron as the civil war with Megatron and his Decepticons rages. The Ark is their only hope, until Megatron nearly destroys the only chance they have. The game focuses on the events leading up to the launch of the Ark, and the event chronicled in the 1985 Transformers American television series. Let’s just say that the story for this is far better than anything presented in Transformers lore in the past. The story feels like classic Transformers, while favorite characters abound and actually have great characterization. To name a few: Cliffjumper, Swindle, Jazz, and Vortex are just some of the characters players can control. But the cast is much larger than those playable Transformers, showing that High Moon really paid a lot of attention to detail and wanted to give fans their due. Believe me, it is one of the best Transformers stories told and oozes with the classic feel of nostalgia.

Presentation wise, the game has your typical basic menus, but are fairly easy to use. The Campaign screen allows for selectable difficulty levels on the fly which is great if the game seems too difficult at some points. The look and feel gets accolades themselves for making the player feel like they are in the Transformers universe.

Gameplay: The gameplay of Fall is similar to War in most respects but also vastly improved. Players will traverse the more streamlined campaign as their favorite Autobots and Decepticons (with some surprises along they way… play and you’ll see). Each mission is tailored to a specific Autobot or Decepticon. I’ll use Cliffjumper as an example: A small Autobot with stealth capability, his mission relies greatly on his speed and the use of his cloaking special ability to survive the level. Every other Transformer you play as has a specific skill that is utilized in their individual mission. While a majority of missions are high octane, run and gun, metal pounding frag fests, other missions rely on other elements, making the gameplay fresh every level you play. In fact, as the game progresses you will be introduced to even more varied types of control schemes that suit each of some of the larger Transformers. Without spoiling much, seeing Bruticus, the gestalt form of the Combaticons, is truly awesome. 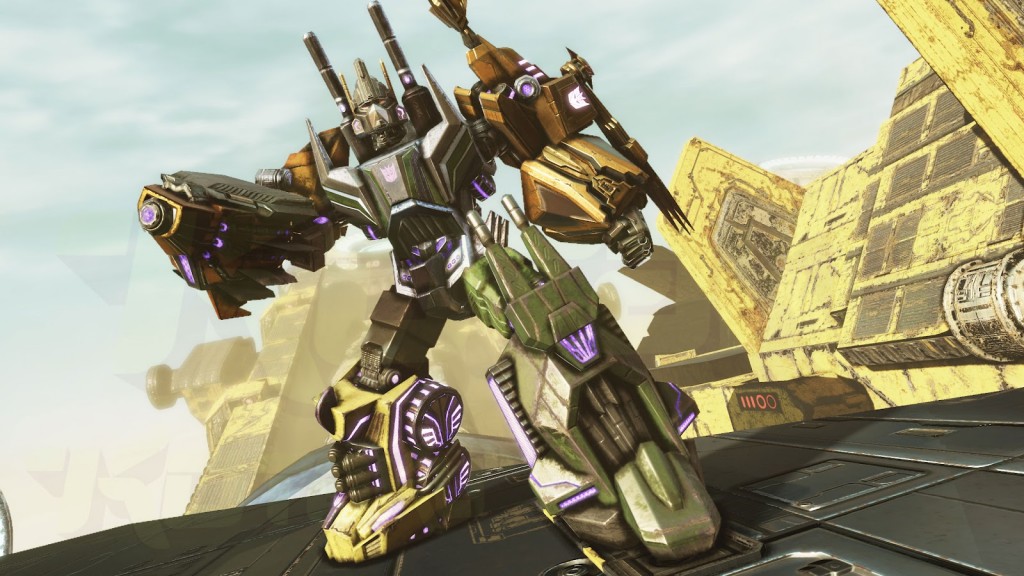 Control-wise, the game plays great after about a 2 hour learning curve. There are typical melee attacks, dodges, and rolls that are incorporated into the controls, as well as the ability to switch your gun hand from left to right. This was very useful for sniping and shooting from behind cover since there is no cover button. The only annoying part of the controls is the vehicle change button. Hitting L3 on the PS3 controller changes your character into vehicle form, and in a heavy firefight I found this happening too much and dying as a result. Oh well, small gripe and it can be reassigned to another button, correct? Still, it should have been put on another button to begin with. Speaking of vehicles, the driving control works surprisingly well, albeit a little wonky at times. Flying levels, of which their are a few, are a breeze to navigate, and much better, strangely, than many driving levels. Players can expect to be in vehicle mode in the campaign less than 50 percent of the time, as the focus is more on shooting and progressing forward than anything else.

Weapons and power ups abound in-game. Blueprints of new weapons can be collected throughout the course of the campaign, and all the weapons are upgradeable for higher clip capacity, recoil , range etc. By far, the Nucleon Rifle (a sniper weapon) combined with Vortex, the Combaticon, was devilishly awesome, making for picking off Autobots simple and fun. Audio logs, similar to those in games such as Bioshock and more recently The Amazing Spider-Man, are hidden throughout and give bonus back-story as to what is happening on Cybertron.

Graphics: The character models in the game are incredible. I found myself getting out my Generations toy collection that came out a year or two ago and comparing some of the toys to the on-screen models. Effectively, superb. The art style itself is breathtaking to look at, and just wait until some of the larger Transformers are seen. Varied backgrounds are also a nice change, with many levels taking place on different parts of Cybertron. It looks like a living, breathing world and definitely pays homage to the classic series and its fan base. With very minimal tearing, my only gripes are the occasional pause to load, and the fact that the game crashed twice in 20 minutes just as I was at the end. It could have been my PS3 unit, but who knows? 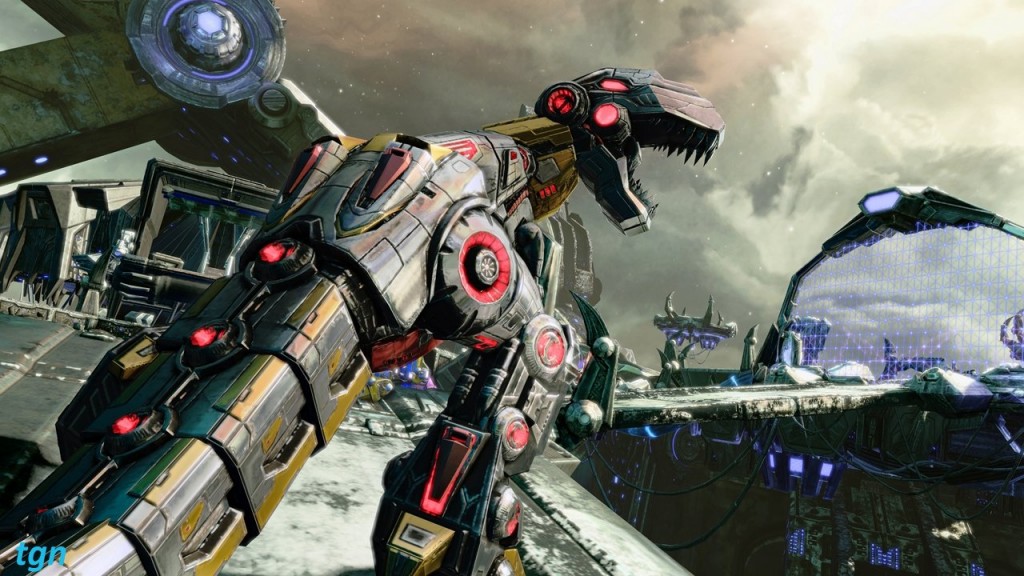 Sound: There is nothing, NOTHING more important than the voice acting in this game. Peter Cullen as Optimus Prime is obviously a standout, but the VO for Megatron  (Frank Welker was missed) is also fantastic. The whole voice cast was excellent and drives the game to new heights. My only gripe? Dinobots. They talk more like they are from NYC and are definitely not stupid in this game, as they were portrayed on TV. The booming sound effects from gunfire to shelling, the classic transforming sound when changing forms, and the epic music score make the game standout as something honestly and truly belonging in the Transformers canon of music. Oh, let’s not forget “The Touch” to boot.

Overall: I can’t say enough good things about Transformers: Fall of Cybertron, and I didn’t even delve into the multiplayer component of the game which lets you customize, create, and level up your own Transformer. Those individuals into MP gaming should definitely check this out and boot whatever Call of Duty game they are playing from their console, because the MP component will give this one legs. That’s not to say people who just want to check out the campaign, like me, shouldn’t check this one out. Fall of Cybertron is a late summer game that is truly amazing, and probably one of the best licensed games out there, right up with Arkham City and the original N64 Goldeneye. I found myself even before beating the Campaign (which has two endings, mind you) going back to complete and revisit other levels where I had missed audio logs and blueprints (still haven’t found them all) just to be absorbed in the atmosphere of this title. With a climax that will leave you breathless, an enjoyable campaign, build-your-own-bot in multiplayer, and the deliverance of epic fan service, Fall of Cybertron gets no less than a blue seal of approval from me. Go check it out, transform, and roll out!