5 min read
1 comment
FacebookTwitterRedditPinterestEmail
"The dead don't kill their own... It's the living you gotta be afraid of." Telltale proves this statement true with another truly stellar episode of the Walking Dead interactive saga.

I’ll be brutally honest: I am not the biggest fan of downloadable content and downloadable games. I guess it has a lot to do with the fact that I like the tangible, the owning of the item on a concrete medium. It also has to do with my impatience when it comes to waiting for extra content for a franchise or game that I absolutely love. The Walking Dead downloadable game, however, I now anxiously wait for each month, because Telltale Games has hit two for two thus far with the second installment of their interactive companion piece to Robert Kirkman and Charlie Adlard’s hit comic series, and they strike while the iron is hot, while the AMC TV series is at the apex of its popularity.

Story/Presentation: The second episode picks up three months after where the first episode left off. Lee Everett is still alive, and is trying to hold the fragile group of survivors together. Running low on food, other alternatives for sustenance have to be investigated and exploited, and what Lee and the group of survivors find by the end is both shocking in its vulgarity and its veracity; there’s more to fear than walkers in this new world. The pacing, the characters, and new supporting cast really make this episode a compelling play through, to the point where you might want to revisit the previous episode to make and play around with different choices that effect the game and the characters’ perceptions of Lee.

The game updates that come along with this episode make it so that the player can easily navigate the episode menu, including loading the previous episode one save and playing through with the choices made in episode one. Characters react and remember your choices, a great addition that will make for some heavy replay value when all five episodes are eventually released. 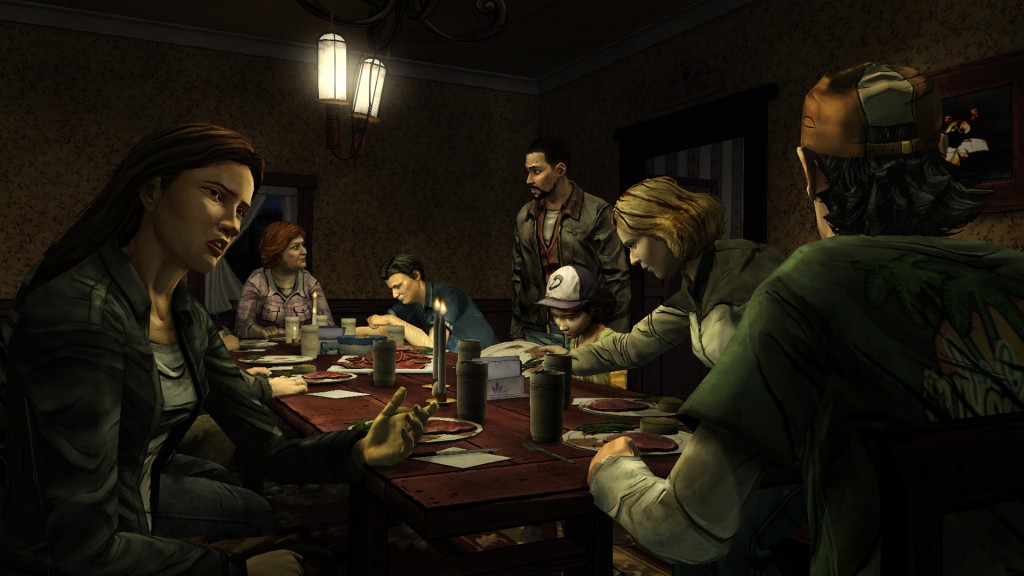 Gameplay: Assuming readers checked out the previous review for episode one, the gameplay is identical. This is a point and click adventure for the new age. The game paces itself like an interactive graphic novel, and the players choices influence the world around them. In this particular episode, I found myself considering my personal choices, which deviate between a moralistic and immoral divide. The choices this time around were a lot harder to make, as they involve who to feed, and death. There are plenty of shocking moments in the game, which is great. As a companion piece to the comic, never knowing who might die adds to the suspense and thrill of the game.

Graphics: Again, the character models in the game are fantastic, and the environments look cool (as there are a few new locations you will visit, outside of the hotel the last episode ended at. They look great for a downloadable game. My biggest issue with this episode was the loading, and the graphical hiccups I experienced. At one point, after making a decision, the game proceeded to load, and did not move for a good thirty seconds. I thought “Shit… crash.” Well, suffice to say the game finally loaded, just as I was about to power off the console. Mind you, I was playing on the PS3, and I get the feeling this game was developed with Steam and the PC in mind, but minor errors like that really detract from the pacing of the game, as do the aforementioned graphical hiccups (like characters who are out of frame one moment appearing in frame when they are not supposed to be there the next moment). 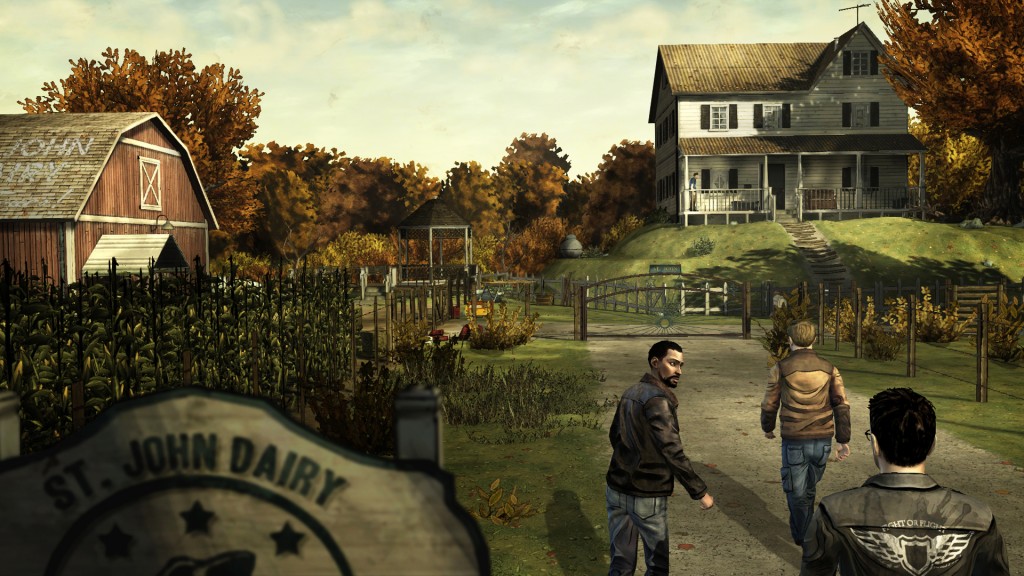 Sound: Again, the same gripe as the last episode: no Dolby Digital support. The sound design is great, but the lack of DD audio support in the game leaves much to be desired, and I assume with two episodes in the series already released, this problem will not be remedied in future episodes.

Overall: Another three hour play through (maybe a little less for this episode), and a much more compelling story than episode one at this point, The Walking Dead makes me want the next episode sooner than later. Alas, the end of July is the projected release date for Episode 3. Starved for Help is a much different, much more brutal entry, and the choices seem to only get harder as the game progresses. The line between moral and immoral is blurred, and it’s the player’s job to make the hard choices. With another shocking conclusion, playing through Episode 2 is a must for fans of both comics and adventure games alike. A real treat for a competitive price.

+ choice system allows for another play through

The Walking Dead – Episode 2: Starved for Help is available for PC, Mac devices, PS3, XBOX 360. Pricing on the PS3 is $4.99 per episode or a season pass can be purchased for $19.99 which includes all future episodes. XBOX 360 players can get each episode for 400 MS points, but no season pass is available as far as I can tell.