6 min read
Add comment
FacebookTwitterRedditPinterestEmail
To this gamer, there is no amount of painkillers and assured death that can possibly save Max Payne 3 from it's bullet-time mediocrity.

For the record: the Max Payne franchise was one of the best franchises alive in gaming today. I have many fond memories of the previous two installments and the mixture of everything that makes gaming great: story, action, gunplay, and graphic novel-styled cutscenes. Sadly, Max Payne 3 is an unfortunate example of what happens when you tinker with the core of a game for next-gen consoles and end up trying to be like the games I personally cannot stand.

Story/Presentation: To be fair, the story of Max Payne 3 is pretty well done. We find Max in the worst possible situation of his life: languishing in his east coast apartment, addicted to pills, and nursing a heavy duty drinking problem that involves serious hard liquor consumption. The future looks bleak for Max until an old acquaintance, Raul Passos, shows up offering Max a job in Sao Paulo, Brazil as a gun for hire. Protecting a rich and powerfully connected family, the Brancos, Max is caught up in a tangled web of corruption and human rights violations, blasting his way to what he hopes will be some kind of redemption. Of course, my only gripe about the story is that I don’t see Max Payne the character as a gun-for-hire kind of guy, and his redemption seems to be a long and tedious task for the gamer to arrive at. Still, I enjoyed the dialogue and characters all around, but getting to the good story parts leaves a lot to be desired.

Rockstar obviously put beaucoup bucks into the presentation of the game itself. The menus and load screens are full color, single panels from the cutscenes in the game, summarizing the story as it has unfolded. The news ticker for multiplayer is up on the title screen, telling players what is available and what’s going on in the multiplayer universe of Max Payne 3. Presentation is one of the few things that the game does well.

Gameplay: The Max Payne games of old relied on two elements that made the games work really well: bullet-time and the painkillers for health. In addition, there was the ability to carry multiple weapons at one time like any old school shooter. So it’s about eight years later, and Max Payne 3 throws all of these elements pretty much out the proverbial rear window. They are there, don’t get me wrong, but don’t work at all. First of all, the worst addition to the Max Payne universe is the cover mechanic, made famous in games like Gears of War and Splinter Cell. It’s really poorly executed here because you have to press the square button repeatedly to get into a cover position. With this mechanic, you might as well throw out the use of bullet-time and shoot dodge. I found shoot dodge absolutely useless unless I wanted a quick death. Bullet-time was useful for aiming, and if you are planning on playing this you better be prepared to use it and be a sharpshooter, because I have never met a game that demands the player to make head shots in such frequency. When every enemy is wearing body armor or tactical vests, shooting them in the chest or legs is useless. They just seem to get up three or four times. And, when they are swarming you in a room it’s even worse. Expect to die a lot and possibly launch your controller out your window. Playing on the normal difficulty felt more like hardcore. Tack on to this the fact that the game uses the archaic painkiller system, which would have been great if the cover mechanic had been ixnayed, but that is not the case. The painkillers are your only method of recovering health. Even worse, getting shot and having a painkiller forces you to enter bullet-time, shoot the enemy that shot you, and knock back a painkiller. It’s called Last Man Standing… and it sucks. Ammo is almost always scarce, another glaring issue, and the game uses an unreasonable checkpoint system. Imagine being in a firefight, down to one last enemy, dying, and having to restart with a whole slew of enemies at the previous checkpoint. Overall, gameplay is the WORST part of Max Payne 3, and I have pretty much nothing good to say about it. It was a chore to play and skewed to the point that the developer REWARDS constant dying by just giving you more painkillers. Couldn’t they have just stuck to a more classic, tried and true formula for this franchise? 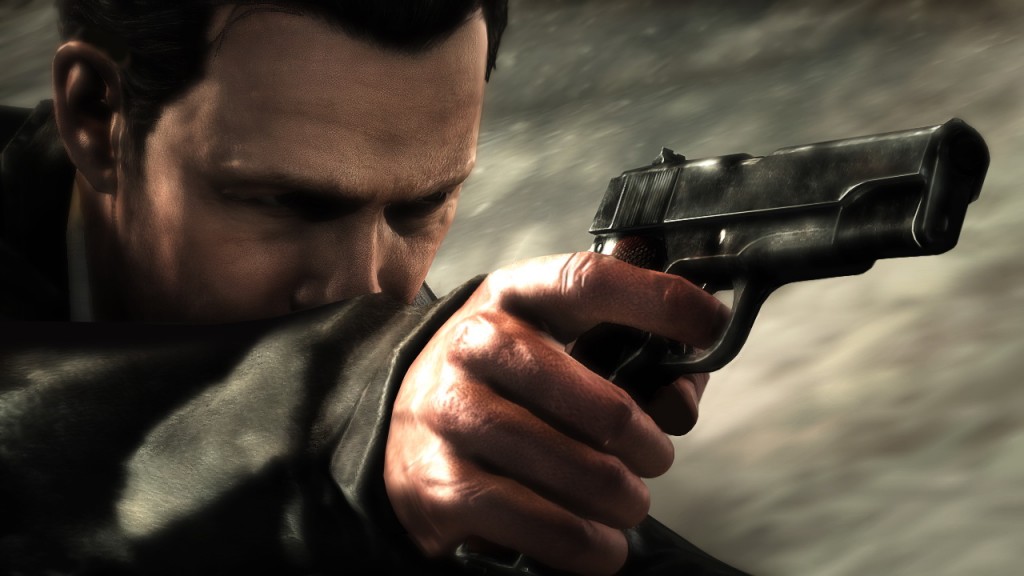 Graphics: Max Payne 3 does have some stellar graphics, one of the few high points I can say about the game itself. The facial mocap and movement of the characters is very fluid, and the cutscenes ooze the Rockstar budget and their ability to film them like the player is watching a movie. The animations of weapons and environments are superb, with very little texture tearing and great attention to detail. You literally feel like you are in the seedy parts of Brazil. The game did crash a few times, so I was not very pleased about that, and for such a big budget game that’s unacceptable. Be warned.

Sound: The standout of the game. The voice acting and dialogue is pitch perfect. James McCaffrey returns as Max Payne, and his dialogue is spot on. It’s humorous and makes you feel like the man has nothing to lose. The explosions, gunfire, bullet-time sound effects all sound great in digital, and it’s really sad to say that the sound is what drove me to play through the abominable parts of the games.

Overall: Max Payne 3 ruined my expectations of what was supposed to be a fantastic start to the 2012 summer gaming season. It had everything going for it, only to fail in the final execution. I suspect Rockstar added many of these (cover, picking up weapons, limited ammo, etc.) elements either to punish the gamer, or to make it more marketable as a multiplayer game so they can sell more DLC and make more money. Well, that’s not what the essence of what Max Payne is. This franchise is not Gears of War, Splinter Cell, or Call of Duty. This is Max Payne, a story-driven, crime noir thriller with unique bullet-time mechanics and creative, intelligent dialogue. I absolutely cannot abide the glaring issues and difficulty with the gameplay. It doesn’t even feel like Max Payne being Max Payne and the new mechanics have no place in the game, just as James Bond has no place running around chasing drug dealers in Licence to Kill. Max Payne 3 to me is a disaster gameplay-wise. If it wasn’t for my drive to see how the story panned out, I would have stopped playing. In the end, don’t believe the hype this is getting unless you spend all your time playing shooters and don’t diversify your gaming palate.

– Pretty much everything gameplay-related, from finding cover to killing enemies to the health system

– Wants you to explore for items, yet limits you from doing so