A Girl Among Geeks, Video Games

On the Gaming Pyramid: How Money-Grabs are Alienating Gamers

7 min read
Add comment
FacebookTwitterRedditPinterestEmail
Attempts at stopping piracy and troubling DLC deals are alienating gamers. Can the industry fix these issues before it destroys itself?

As a gaming Girl Among Geeks, I feel it’s high time that I enter into a gaming industry-based rant that has been bubbling under my surface for weeks now. Namely – what in the name of sensible, customer-based decision making is it thinking lately?

Before I let this topic get to full boil, though, I have a confession: I am a late-in-life console gamer.

The shame, the pure shame of it all!

Now this doesn’t mean that I haven’t played my fair share of games in my younger years. To the contrary – I’ve been a gamer to some extent for the majority of my life. I played computer-based point-and-click and “God” games for years, but I never really made the jump to console gaming. That is, until I lived with a gamer guy and learned how much I enjoyed having high-quality, high-resolution gaming at my beck and call. 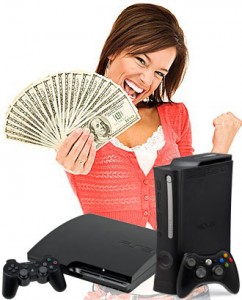 After I moved out of that living situation it took me about another year and a half before I bought my first console. The reason for this was rooted in a fundamental understanding passed down to me by my parents: gaming is too expensive.

This point was reiterated several times over the years by my middle-class parents. The high cost wasn’t associated with the console itself, mind you – that one-time expense would have been fine if not for the pyramid-scheme of other costs that is inherently associated. From my family’s perspective it was the constant consumerism that surrounded gaming that was considered to be too pricey.

When one owns a game console, there are steady expenses perpetually coming your way. The most obvious expense is naturally the games themselves, with most today starting off at $60 a pop. After that comes buying multiple controllers, accessories, and the never-ending stream of batteries. When all is told you pay a pretty hefty fee to be a gamer, and while the hours of enjoyment from a good game makes that investment very worthwhile, there is still the inescapable truth that this little hobby can come at a significant hit to your wallet.

So in my adult years I finally bit the bullet and purchased my long-coveted X-Box 360. However, while I was still reveling in my late-night Assassin’s Creed sessions, though, the gaming industry was about to give me several slaps to the face that made me, at least briefly, question if I had made myself into a chump.

First, both Microsoft and Sony announced the creation of new consoles, both set to premier before 2013. This meant that my brand-new console instantly had an expiration date put on it, and that even if I don’t get the Red Ring of Death it’s just a matter of time before it becomes an antique.

Now this was clearly just bad purchase timing on my part, but mind you this announcement came after a winter of both Microsoft and Sony heavily pushing their consoles, offering amazing deals on them just in time for Christmas. I’m sure I wasn’t the only person who felt like I had the last blast of a soon-to-be-dated product pushed at me just to feel foolish mere weeks later.

Then there is the persistent buzzing about lackluster downloadable content (DLC) that has been getting louder since the beginning of 2012. In all fairness, I don’t partake in this particular element of owning a console, but I also know that I am by far in the minority. Most gamers will readily purchase additional content to supplement their gaming experience, with a lot of DLC being a means of adding some extra value to an already beloved game. However, I’ve also heard a lot of negative feedback about DLC. Nearly all of my gamer friends have at some point expressed that they have felt cheated by disappointing downloads, over-priced additional characters that are essentially just new skins, and entire new campaigns that fail to live up to the hype and cost. 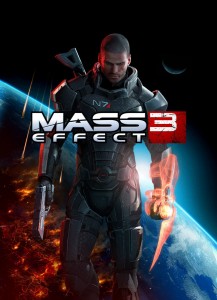 But what is far more outrageous has been the emergence of Day-One DLC, as recently happened with the release of Mass Effect 3. Amid the outcry caused by this marketing move, gaming executives rushed to point out to fans that DLC can take a significant amount of time to develop and must be worked on in conjunction with the original content. The DLC is set to go before the base-game release date regardless, therefore the date that it is made available for download is irrelevant.

There is an inherent question of, “Why should we have to pay extra for something that is set to go on the release date?” When we buy a $60 game, we assume that we have the final product in hand. To have additional content be released at a cost in conjunction with the original game makes the buyers feel that they are simply an ATM with calloused thumbs to the game development companies, and discourages us from wanting to buy it in the future.

And then there is the hardest hit that we are being forced to take, and boy is it going to leave a mark.

Both Microsoft and Sony are reportedly going to side with the developers in the anti-piracy fight and make their new consoles put the kibosh on used games. In fact, this has already begun for EA games, and is anticipated to become more prevalent sooner rather than later.

Essentially, both companies are implementing anti-used game elements that allow for one-time game play, making it so that only an original game owner may have access to a game through a one-time use code. Not only could this spell the end of game resale companies such as GameStop, but it could also make operations difficult for the direct-to-home gaming companies like GameFly.

But what strikes me as being even worse than those possibilities, though, is the gaming industry’s blatant disregard to how gamers game. How many times have you taken a game over to a friend’s so you could crack a beer together and play live instead of over the internet? Who hasn’t wanted to play a game, but knew it wasn’t something you needed or wanted to play immediately, so you opted to wait a few months to get it resale at a cheaper price?

The anti-used gaming coding that is being set forth solves the piracy problems that the gaming industry is facing while much more offensively neglecting the interests of the consumers that quite literally nourishes it. As a marketing geek I find this endlessly frustrating since I suspect that there are other possible solutions that aren’t being fully embraced because they might be a bit more complex/difficult to implement, but would minimize the effects felt by the gamers. While this might be frustrating for game development firms and the creators of the consoles, they must ensure that the interest of the gamer is always far more important than their own comfort, lest they alienate the people they are counting on to keep purchasing their products.

Which is essentially what is happening with me: this late-in-life console gamer is already perturbed with the gaming industry to such an extent that she is strongly considering not purchasing another console. While I’m just one person, I am surely not alone, and if the gaming industry keeps going down this path the number of people joining me in this passive ambivalence will become large enough that they will have to take notice. The question now is will they do so before they irrevocably damage their industry?