A Girl Among Geeks: Chick Flicks

6 min read
Add comment
FacebookTwitterRedditPinterestEmail
So what does my love of chick flicks ultimately say about me?

During a recent bout of insomnia, I found myself flipping through channels, mindlessly hoping I would either find something interesting to watch or something dull enough to help me fall asleep. Eventually I settled on a showing of 27 Dresses on FX. After I watched Katherine Heigl pretend to be a pleasant human being for 90 minutes, I was both no closer to sleep and filled with a momentary hatred with myself. 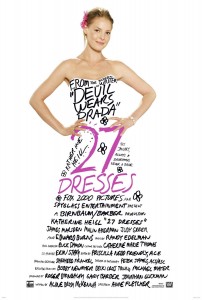 I have over 300 movies in my Netflix queue and a healthy DVD collection to choose from at any given moment, and yet this borderline tomboy, self-described cinephile (who earlier in the same night watched the 1920 classic silent film The Cabinet of Dr. Caligari) chose to watch a movie that showcases, to the point of celebration, the very damsel-in-distress female stereotype that in real life she normally cannot stomach. The idea that a Girl Among Geeks like me would actually enjoy any movie as sappy and against the modern feminist mentality as 27 Dresses would be laughable if it hadn’t actually happened.

Here’s the thing though – I totally enjoyed myself. After a fierce internal battle I must admit defeat and finally say it: “I love chick flicks.”

And I’m not even talking about the ones that most guys can admit are good on some level, like Mean Girls or Love Actually. No no, I enjoy the ones that make my male friends want to puke from the sugary overload of melodrama. I may put up a front that I can’t stand these films, but in reality when I’m hanging with my girls and they decide to put on The Devil Wears Prada I get just as excited as when I see that Blade Runner is playing on AMC.

So this begs the question – why do I truly enjoy subjecting myself to films that on paper I should hate? Since I believe in the notion that people generally do things that bring satisfaction on some level, I must be getting something out of these pieces of cinematic cotton candy. But what could possibly be nurtured by them? And further more, what does it say about me?

Like many of my chick friends, I’m a girl who doesn’t do weak. I worked my ass off in school to get into a great university where I proceeded to take way more credits than I needed while working a nearly full-time job and completing four internships. Since graduation I’ve worked a number of jobs where I’ve put in extra hours and have gone above and beyond my job descriptions to help my companies succeed. Outside of the work realm I’m a dedicated friend and family member who finds a way to make myself available to as many people as possible in as many ways as possible. I volunteer, regularly hit the gym, write, game, watch way too many movies, and craft in my far-too-little spare time. Needless to say, I’m a busy girl.

I list all of this about me not to brag in any way. On the contrary, I know I am completely the typical American 20-something female. As members of Generation Y, my peers and I were raised to be strong and to strive to be as self-sufficient as possible. We were taught that we could and should be everything we want to be. Collectively, we strive to be at the top of our game at home, at school, and at work, and over time we’ve come to understand that there isn’t an option to not do it all. We’re smart, witty, together people who are productive, amazing members of society.

Spending any given day with many of the women I know is like running a marathon. Even if they aren’t physically moving from place to place, they mentally are juggling enough different tasks that by the end of the day they sleep like a rock. Occasionally I find myself looking at my ladies and wonder, “How are we able to do so much and still be such steady, balanced, pleasant people to be around?”

The answer: we find small ways to escape. Amid our over-filled schedules we seek out a few minutes here and there to break away from our stresses and let our minds wander. For myself and many others one of the simplest and most satisfying ways to achieve this escapism is to periodically indulge in two hours of chick flicky goodness. And it’s glorious. 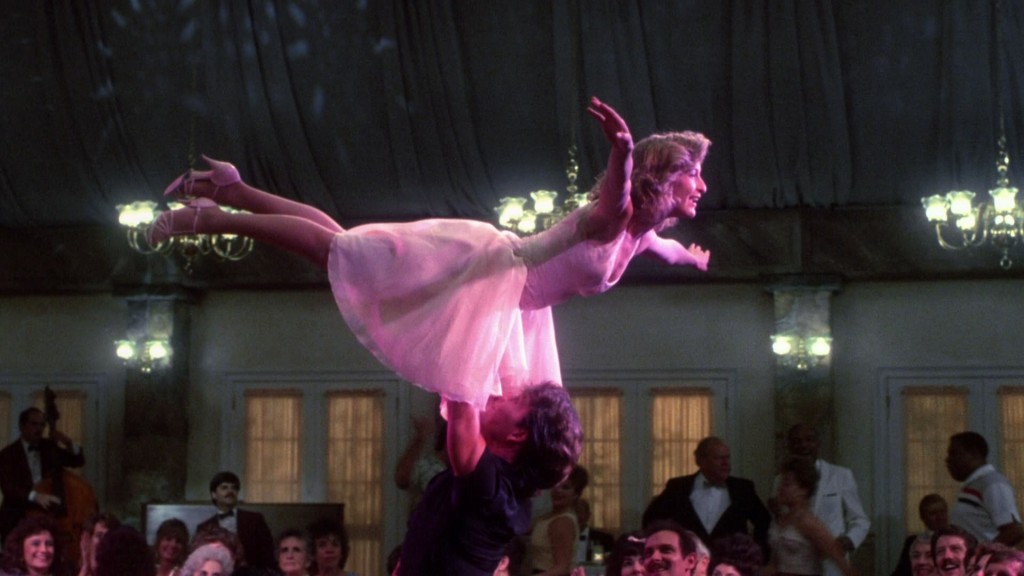 When I turn on Dirty Dancing I’m not thinking about the bills I need to pay, or how I didn’t quite meet my goals at work this month. Instead, I’m thinking about how indeed Johnny won’t let anyone put Baby in a corner, because he loves her dammit and that’s all that matters! The worlds created by chick flicks aren’t realistic in their plot lines or depictions of how women think or act, but that’s exactly what makes them great. In reality we may not need a man to complete our lives, and we aren’t going to go on grand wild, sexy adventures, but after a week of 18 hour days its nice to fantasize that all of our stresses will melt away after one dramatic kiss.

My fellow Girls Among Geeks and I may not have and don’t necessarily need a male partner, but when we watch chick flicks the little girl who was read fairy tales about knights in shining armor riding into town and saving the pretty young girl from her dreary life starts to stir again. That little girl begins to remember playing house with her Barbie dolls and having weddings for her stuffed animals, and she won’t shut up about how great she thought that was until even the toughest broad can’t resist sinking into the comfort of a rescue parable.

We hate to admit it, but even the strongest women sometimes wants that little girl’s imaginary world to be real, even if it only meant someone to share in our stressors. To put it in Sex and the City terms, even the Miranda girls sometimes want their Charlotte fantasy, and naturally Hollywood is more than willing to oblige that for the cost of a movie ticket.

So, what does my love of chick flicks ultimately say about me? Essentially, that I’m a normal woman. It doesn’t diminish the elements of my personality that make me a vibrant, self-reliant individual. Rather, I’ve come to see it as my means of maintaining them. Chick flicks are my mini mental vacations from the plethora of stresses that fill up my days, and for that reason alone they are something that I value deeply. My late-night self-hatred has lifted, and my internal judgment is gone. Now excuse me while this Girl Among Geeks turns on Pretty Woman: it’s been a long week, and I’m in need of a healthy serving of Julia Roberts.