1 min read
2 comments
FacebookTwitterRedditPinterestEmail
A lot of information about the casting of J.J. Abrams' Star Trek sequel has surfaced recently. 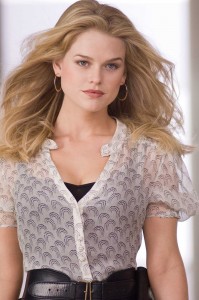 A lot of information about the casting of J.J. Abrams’ Star Trek sequel has surfaced recently, with some new additions announced as well as others leaving the project.

Alice Eve has joined the cast in an unannounced role. It’s suggested that Eve will play an all-new character that has not previously appeared in Star Trek canon.

Peter Weller, most famous for portraying Robocop and recently appearing in the 5th season of Dexter, has also been added in an unannounced role.

Benicio Del Toro was previously being sought as the lead villain in the upcoming sequel, but has since turned down the role.