2 min read
Add comment
FacebookTwitterRedditPinterestEmail
The first details for South Park: The Game arrive via an article in gameinformer.

Since the initial surprising announcement of South Park: The Game as an RPG in the hands of Obsidian, some new details have come to light. First, and most importantly, this will be the first South Park game in which Trey Parker and Matt Stone will be directly involved in, by writing both the script and the dialogue. They’ve also given the team at Obsidian 15 years worth of assets used during the show and a detailed list of approved textures and colors to help the game match the look of the show. 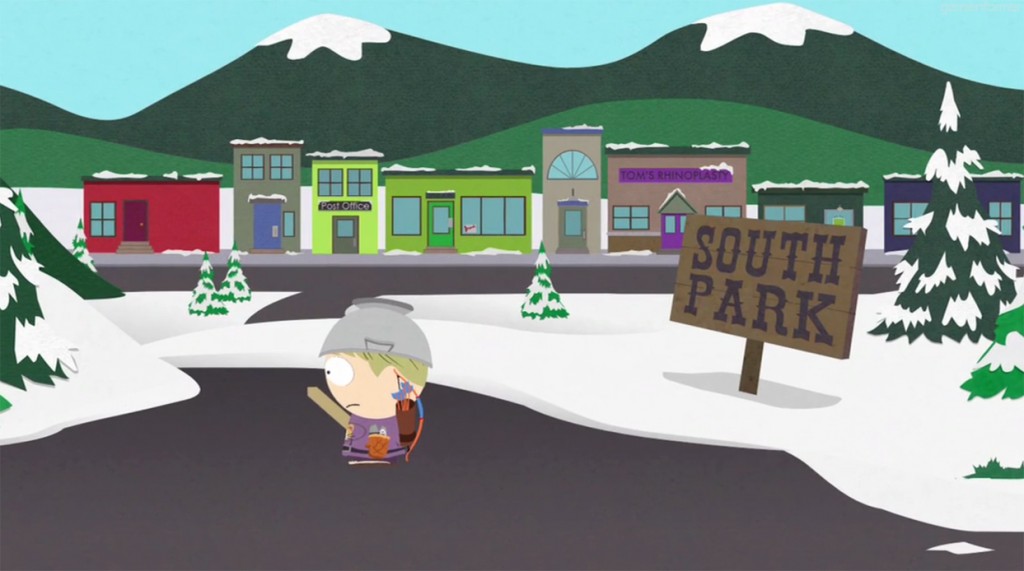 You will be controlling the ‘new kid’ in town, and your character will be completely customizable, but also voiceless. Cartman will be help players choose their class — between wizard, paladin, adventurer, rogue, or one other currently unannounced class.

The story begins with your character participating in a live action role-playing game that the neighborhood kids started, which eventually evolves into a real adventure. As the ‘new kid’, the main theme of the game is fitting in and being accepted. Your character will carry around a smartphone that acts as the primary game menu, we assume similar to Fallout‘s Pip-Boy, which will also include a Facebook-like app that shows your current number of friends and your standing with various factions of kids.