Nolan comments on why Bane was chosen as next villain

2 min read
Add comment
FacebookTwitterRedditPinterestEmail
Christopher Nolan recently opened up to the LA Times about why he chose Bane as the newest villain in his Dark Knight trilogy. 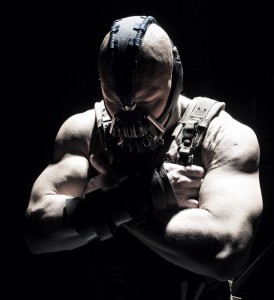 Christopher Nolan recently opened up to the LA Times about why he chose Bane as the newest villain in his Dark Knight trilogy.

“I didn’t know him very well,” Nolan said. “David Goyer got me a bunch of stuff on him and we looked into him. I only knew him by name, I wasn’t familiar with his back story. He’s a very cool character. And getting an actor like Tom to take it on, you know you’re going to get something very special. Tom is somebody who really knows how to put character into every gesture, every aspect of his physicality in the way that great actors can. He’s a very, very physical actor. He transforms himself and it’s there in every movement. He’s not afraid to look at a character from the outside as well as the inside so there’s a deep psychological branch to the character but also a very, very specific awareness of how he’s going to use his body and his appearance to express that character too. Christian is like that too, very much.”

“With Bane, the physicality is the thing,” he continued. “With a good villain you need an archetype, you know, you need the extreme of some type of villainy. The Joker is obviously a particular archetype of diabolical, chaotic anarchy and has a devilish sense of humor. Bane, to me, is something we haven’t dealt with in the films. We wanted to do something very different in this film. He’s a primarily physical villain, he’s a classic movie monster in a way — but with a terrific brain. I think he’s a fascinating character.  I think people are going to get a kick out of what we’ve done with him.”