Howard Stern is the newest judge on America’s Got Talent

2 min read
Add comment
FacebookTwitterRedditPinterestEmail
Howard Stern announced this morning that he has officially signed on to replace Piers Morgan as the newest judge on America's Got Talent. 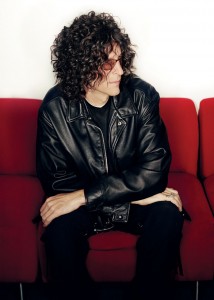 With constant rumors recently circulating and despite denials coming from the man himself, Howard Stern announced this morning that he has officially signed on to replace Piers Morgan as the newest judge on America’s Got Talent.

NBC confirmed the news, as programming exec Paul Telegdy stated, “Howard Stern’s larger-than-life personality will bring a thrilling new dynamic to America’s Got Talent, starting this summer. He’s a proven innovator and his track record in broadcasting is truly remarkable. Howard is very passionate about this show and is fully committed to its future success.”

Fellow AGT judge Howie Mandel, an admitted Stern superfan, also expressed his excitement via Twitter: “I couldn’t be happier. This will be our best year yet.”

Stern will start shooting the next season of AGT this February, traveling the country to do the audition rounds. The show will then be relocated from Los Angeles to New York for the live rounds to accommodate Stern’s radio schedule.

On the positive side, I’m curious and excited to see him kick ass on the show while watching the mainstream’s opinion of him change. On the negative side, now I have to watch America’s Got Talent.