‘Crossface’ will be a movie about the life of Chris Benoit 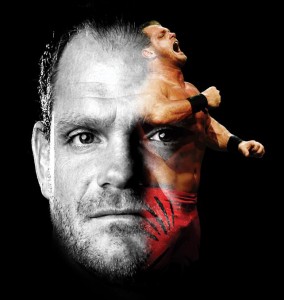 Crossface, a biographical thriller, delves into the pressures WWE superstar Chris Benoit faced throughout his wrestling career as the combination of drug-use, depression, and head trauma became increasingly impossible for him to handle. The true story made headline news in 2007 when Chris murdered his wife and young son before taking his own life.

SRG Films head Dale Alexander Carnegie is producing the film, while William Morris Endeavor (WME) is on board to package the project. Former Weinstein Company staffer, Sarah Coulter, turned in the first draft of the script in mid-October.

“All of us grow up believing that wrestling is fake, but looking at the shocking number of deaths in the industry, it quickly becomes evident that there is nothing fake about the dangers of this sport,” Carnegie said. “Chris Benoit has become a poster child for everything that’s wrong with professional wrestling and Sarah’s terrific script captures his struggles and the many factors that led to the deaths of three people.”

Coulter added: “People immediately point to steroids, never thinking about the brain trauma these wrestlers can, and do, incur in their profession, nor do they consider the rigorous schedule that keeps them working even when they shouldn’t be. The Benoit story is one that needs to be brought into the light.

SRG Films, currently in talks with directors and actors, plans to begin filming in the fall of 2012.

This edition of the Geek News Brief includes stories about Alan Wake Remastered, a new Pokemon movie coming to Netflix, and an interactive WWE film...