1 min read
Add comment
FacebookTwitterRedditPinterestEmail
Brian Michael Bendis has announced he is leaving the books at the end of 2012. 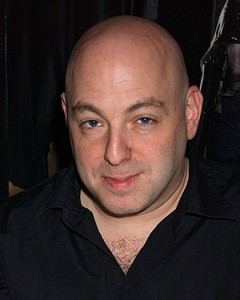 Brian Michael Bendis, who is without a doubt Marvel’s top writer and has been a staple of the Avengers franchise since 2004 has announced he is leaving the books at the end of 2012. Obviously 2012 is vastly important to Marvel Comics with the release of the Avengers movie. Bendis claims, “It’s time to move on and you’ll never guess what I’m working on next.” It will be the end of an era as Bendis, since 2004, ended the original Avengers title to launch New Avengers in early 2005, which featured Spider-Man and Wolverine on the team for the first time. Multiple spin-offs such as Mighty Avengers and relaunching Avengers in 2008 followed. He currently writes Avengers and New Avengers and is launching a third Avengers title that centers on the movie cast in March 2012. The obvious question is… who will replace him?