Oscars – Ratner and Murphy are out, Grazer and Crystal are in

The team presenting the Oscars this year has gone through some drastic shifts in recent weeks. Originally announced was the team of producer Brett Ratner and host Eddie Murphy. Since the original announcement, Ratner has turned in his resignation in light of recent controversy. He also released this apology letter to the entertainment industry: 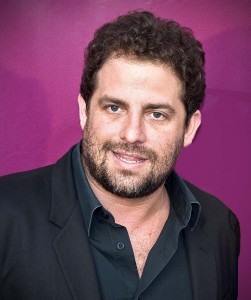 Over the last few days, I’ve gotten a well-deserved earful from many of the people I admire most in this industry expressing their outrage and disappointment over the hurtful and stupid things I said in a number of recent media appearances. To them, and to everyone I’ve hurt and offended, I’d like to apologize publicly and unreservedly.

As difficult as the last few days have been for me, they cannot compare to the experience of any young man or woman who has been the target of offensive slurs or derogatory comments. And they pale in comparison to what any gay, lesbian, or transgender individual must deal with as they confront the many inequalities that continue to plague our world.

So many artists and craftspeople in our business are members of the LGBT community, and it pains me deeply that I may have hurt them. I should have known this all along, but at least I know it now: words do matter. Having love in your heart doesn’t count for much if what comes out of your mouth is ugly and bigoted. With this in mind, and to all those who understandably feel that apologies are not enough, please know that I will be taking real action over the coming weeks and months in an effort to do everything I can both professionally and personally to help stamp out the kind of thoughtless bigotry I’ve so foolishly perpetuated.

As a first step, I called Tom Sherak this morning and resigned as a producer of the 84th Academy Awards telecast. Being asked to help put on the Oscar show was the proudest moment of my career. But as painful as this may be for me, it would be worse if my association with the show were to be a distraction from the Academy and the high ideals it represents.

I am grateful to GLAAD for engaging me in a dialogue about what we can do together to increase awareness of the important and troubling issues this episode has raised and I look forward to working with them. I am incredibly lucky to have a career in this business that I love with all of my heart and to be able to work alongside so many of my heroes. I deeply regret my actions and I am determined to learn from this experience.

With Ratner resigning, news then broke that previously-announced host Eddie Murphy would also be stepping down. The two had recently worked together on the film Tower Heist. Murphy commented:

First and foremost I want to say that I completely understand and support each party’s decision with regard to a change of producers for this year’s Academy Awards ceremony. I was truly looking forward to being a part of the show that our production team and writers were just starting to develop, but I’m sure that the new production team and host will do an equally great job.

In the next two days following, the Academy wasted little time finding replacements to fill the Oscar void. Brett Ratner has been replaced by producer Brian Grazer. Grazer has earned four Academy Award nominations. He won a Best Picture Oscar in 2001 for A Beautiful Mind. In 1984, Grazer was nominated in the writing category for Splash, and he received Best Picture nominations in 1995 and 2008 for Apollo 13 and Frost/Nixon, respectively. His other film credits include Spies Like Us, Kindergarten Cop, The Nutty Professor, Liar Liar, 8 Mile and Cinderella Man.

Soon after the announcement of Grazer as producer, Billy Crystal tweeted out the following:

Am doing the Oscars so the young woman in the pharmacy will stop asking my name when I pick up my prescriptions. Looking forward to the show.

It was then confirmed by the AMPAS that Billy Crystal will indeed be replacing Murphy as the host of this year’s Oscars. Here are clips from the official statement: 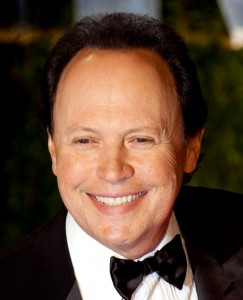 Producers Brian Grazer and Don Mischer have announced that Billy Crystal will serve as host for the 84th Academy Awards. “I’m thrilled to welcome Billy back to the Oscar stage,” said Academy of Motion Picture Arts and Sciences president Tom Sherak. “He’s a comic legend and Oscar icon, and it feels good to have him back where he belongs.”

Commented Grazer, “Like so many others, I’ve been eager to see Billy host again. It’s very gratifying that he agreed to do it with Don and me at the helm.”

This will mark Crystal’s ninth time as host. Only Bob Hope has hosted more Academy Awards presentations, with 19 ceremonies between 1940 and 1978. Crystal last hosted the Academy Awards in 2004.

“Some of the best moments of my career have happened on the Oscar stage. I am thrilled to be back there. Actually, I am doing this so that the young woman in my pharmacy will stop asking me my name when I pick up my prescriptions,” said Crystal.