4 min read
Add comment
FacebookTwitterRedditPinterestEmail
FX has announced the network has acquired "Anger Management," the new sitcom starring Charlie Sheen that is based on the 2003 comedy of the same name.

Former Two and a Half Men star Charlie Sheen will return to television in summer 2012 on FX in Anger Management, a new sitcom loosely based on Revolution Studios’ 2003 hit comedy feature of the same name. 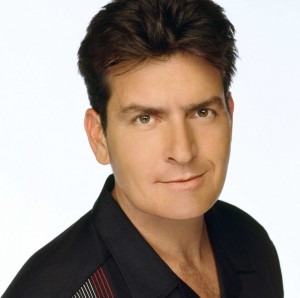 In success, FX will pick up an additional 90 episodes under a unique syndication model crafted by Debmar-Mercury for multiple Tyler Perry sitcoms and Revolution’s and Ice Cube’s Are We There Yet? The series will air exclusively on FX until the off-network episodes start airing in broadcast syndication in fall 2014.

“We think that Bruce Helford, Joe Roth and Charlie Sheen have come up with a wonderful, hilarious vehicle for Charlie’s acting talents – and a character we are very much looking forward to seeing him play,” said John Landgraf, President and General Manager, FX Networks. “Two and a Half Men has been an outstanding component of FX’s schedule for the past 14 months, and we have every confidence that Anger Management will soon be as well.”

Sheen will retain a significant ownership stake in the series inspired by the film, in which an anger management therapist, who may need more counseling than his patients, wreaks havoc on the lives of his patients through his unconventional methods.

“I have been fortunate to work with Charlie Sheen on six hit films,” said Roth. “Now to have Charlie, the number one comedy star on TV, doing Anger Management, feels like a perfect fit. And I could not be happier than being back at Fox with John Landgraf and Chuck Saftler.”

“We were very gratified by the high level of interest in Anger Management from across the industry,” commented Marcus and Bernstein. “Ultimately, we felt FX’s track record for airing daring and distinctive shows would provide the perfect home for a sitcom headlined by one of the most successful sitcom stars of all time and produced by Joe Roth.”

Beggs said, “The FX brand epitomizes creative excellence and risk-taking combined with entrepreneurial business acumen. Partnering with them on Anger Management is a no-brainer and we are thrilled to bring Charlie Sheen, Bruce Helford and this amazing creative team to the FX family of original series.”

“Charlie and I are thrilled to be in business with FX and look forward to producing this series for years to come,” said Burg.

Sheen became known to television audiences through his Golden Globe Award-winning lead role in Spin City. In 2003, Sheen was cast as Charlie Harper in the CBS sitcom Two and a Half Men, which was loosely based on Sheen’s bad boy image. The role garnered him an ALMA Award and four Emmy Award nominations, as well as two Golden Globe Award nominations for Outstanding Actor in a Comedy Series.

In 2011, Sheen set a new Guinness World Record for Twitter as the “Fastest Time to Reach 1 Million Followers,” adding an average of 129,000 new followers per day.