Mike’s Movie Bullets: Don’t Be Afraid of the Dark

2 min read
1 comment
FacebookTwitterRedditPinterestEmail
An opportunity to do something different and explore an untapped sector of horror and suspense was missed. Better luck next time. 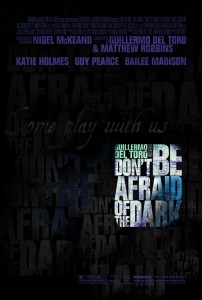 Synopsis via IMDB: “A young girl is sent to live with her father and his new girlfriend discovers creatures in her new home who want to claim her as one of their own.”

Final Thought: An opportunity to do something different and explore an untapped sector of horror and suspense was missed. Better luck next time.