2 min read
Add comment
FacebookTwitterRedditPinterestEmail
AMC has announced Talking Dead, the network’s first live after show that serves as a platform for discussion for AMC’s series, The Walking Dead. 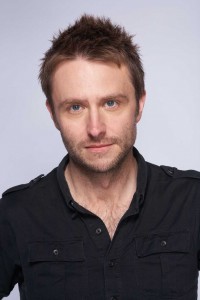 Talking Dead features Hardwick spending time with fans, actors, producers and TV enthusiasts, recapping that most recent “Dead” episode, and taking questions and comments from viewers. Fans may continue to engage with the Aftershow following the on-air conclusion, online, at amctv.com for more conversations, questions and trivia.

“As an ENORMOUS fan of both ‘The Walking Dead’ comic and television show, I pretty much begged for this job. I’m fairly certain I slobbered on the phone while doing it. Dissecting the moves of Rick Grimes and the remaining survivors after every episode is something I would be doing with my friends anyway, so the fact that AMC is actually paying to do so is a bonus,” said Hardwick. “This half-hour after-show gives fans the opportunity to nerd out about the story in a very public forum: what they like, what they don’t like, or what questions they may have. Additionally, it will better inform viewers on making intelligent decisions when faced with the zombie apocalypse which will probably happen sooner or later.”

This edition of the Geek News Brief includes stories about Will Poulter being cast as Adam Warlock, the return of G4 TV, Part 2 of Masters of the...