First look at Henry Cavill as Superman in Man of Steel!!

Warner Bros. Pictures and Legendary Pictures have provided the first look at the new Man of Steel, revealing star Henry Cavill as Superman in the film from director Zack Snyder.

Rounding out the cast are Harry Lennix as U.S. military man General Swanwick, as well as Christopher Meloni as Colonel Hardy.

Man of Steel is being produced by Charles Roven, Emma Thomas, Christopher Nolan and Deborah Snyder. The screenplay was written by David S. Goyer, from a story by Goyer and Nolan, based upon Superman characters created by Jerry Siegel & Joe Shuster and published by DC Comics. Thomas Tull and Lloyd Phillips are serving as executive producers.

Currently in production, Man of Steel is slated for release on June 14, 2013 and will be distributed worldwide by Warner Bros. Pictures, a Warner Bros. Entertainment Company. 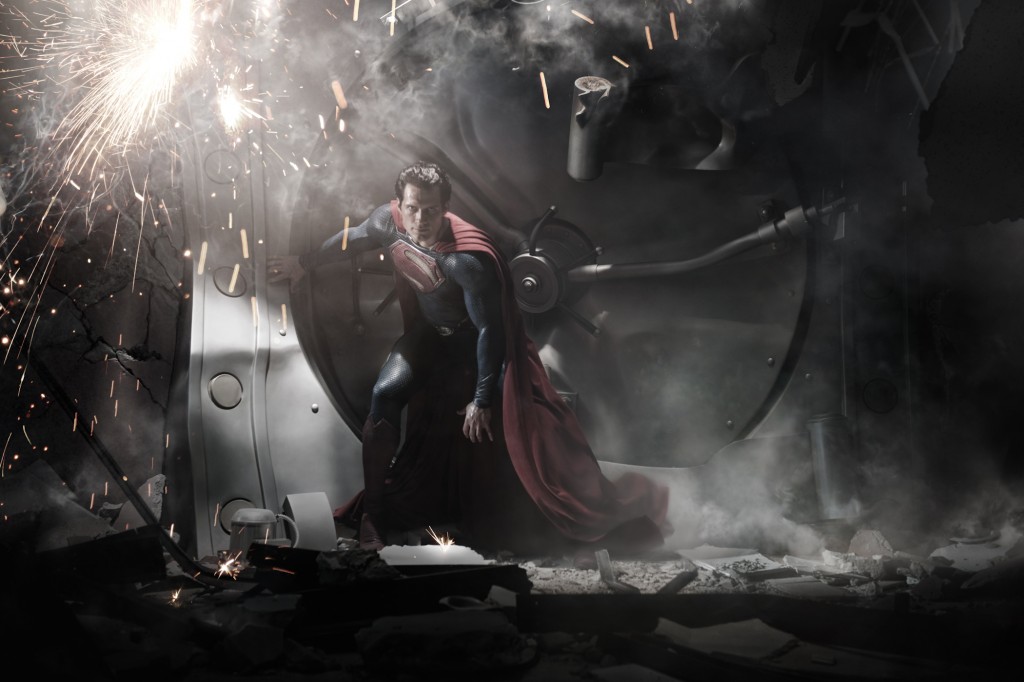 Total Film also spoke to Cavill about his training for the film:

“I’m on 5000 calories a day… You’ve got to eat protein first, then a little bit of carbs… you’ve gotta keep your hunger levels going. I’m training two and a half hours a day, pushing my body beyond its normal limits, putting on a lot of muscle mass and just making myself look like Superman,” he said about his training regimen.

He also described the first time he put on the suit. “It’s extremely cool. There’s no other feeling like it. They just put it on, I turned around and look in the mirror and you can’t really play it cool – you sort of guffaw and laugh. I thought ‘OK, holy hell, this is real, it’s not a joke anymore. This is it…you’re doing it, you’re right in the middle of it.’”

He added that he is focusing on “being as true as I can be to the original character and who the character is.”