2 min read
Add comment
FacebookTwitterRedditPinterestEmail
Beavis and Butt-head are returning to MTV, and we now have more info courtesy of this year's SDCC. 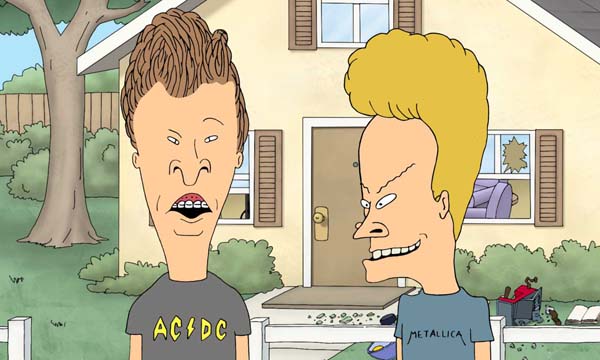 We previously reported on the announcement that Beavis and Butt-head are returning to MTV, and we now have more info courtesy of this year’s San Diego Comic Con.

During the panel with show creator Mike Judge, the following information was shared:

Beavis and Butt-head will return to MTV this Fall.

Explaining where the names of the characters came from, Beavis was the surname of a friend back in Judge’s hometown while Butt-Head was the nickname of a local idiot. He didn’t intend to give the town in which Beavis and Butt-Head is set a name, but he distractedly named the high school Highland (which is the name of the Alberquerque school where his mother taught).

Judge joked that he brought the show back because he felt like TV was getting too smart. He explained that originally, he ended the series after being burned out, stepping away from the characters in spite of offers for sequels to the movie, Beavis and Butt-Head Do America.

Many of the characters from the original series are coming back, including the hippie teacher and gruff military teacher.

Not only will the characters in the new show be riffing on videos, they’ll be taking shots at footage from series like Jersey Shore and UFC fights. Judge also said that at this point, there are no guest stars lined up for the series. This could change given the regular lineup of special guests on King of the Hill.

And to top it all off, here’s a sneak peek video for the return of Beavis and Butt-head.