I normally don’t report on wrestling-related matters on the site and a big reason for that is because of my dissatisfaction with the WWE product. I simply don’t watch it anymore. However, wrestling topics have been brought up on the podcast, especially our combined appreciation for CM Punk and his ability to entertain both in and out of the ring. Hearing of last night’s rant on live television by the Straight Edge Superstar, I looked it up on YouTube and was once again entertained. I then saw the unfortunate news of his suspension (and most likely termination) on WWE.com today. 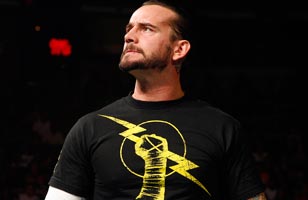 Raw’s abrupt conclusion Monday night was not due to technical difficulties. The decision to suddenly end the broadcast in that manner was made by WWE Chairman and CEO Vince McMahon, who gave this quote to WWE.com:

“CM Punk was suspended indefinitely for his unprofessional conduct as soon as Raw went off the air.”

With his WWE contract expiring on July 17, one can only assume that this suspension effectively terminates CM Punk’s tenure with WWE.

The phrasing and prominence of the article on the site combined with the conveniently placed cut-off of Punk’s microphone last night make this feel like an angle. I believe that CM Punk was speaking from the heart in everything that he said, but in the wrestling world it’s often hard to tell what’s real and what’s written. Either way, it’s authentic moments like this that WWE needs. Moments that blur the line between what’s real and what’s not. The fact that I have to question it at all is what makes it a success. Bravo, CM Punk.

This edition of the Geek News Brief includes stories about Alan Wake Remastered, a new Pokemon movie coming to Netflix, and an interactive WWE film...