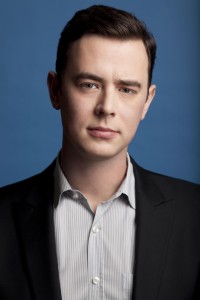 Colin Hanks has joined the cast of Showtime’s Dexter for Season 6. Hanks, who will appear in all twelve episodes, will play Travis, a highly intelligent young expert on ancient artifacts who gets linked to a series of grisly murders in Miami. Production on Season 6 begins in June in Los Angeles and will premiere on Showtime this fall.

If you’re thinking that this immediately makes Hanks a villain in the series, think again. Showtime president David Nevins recently told TVLine about the show’s coming season. “It is not [about] one big bad,” he said. “There’s one interesting story that will move through the season, and it will be cast very interestingly, but it’s not exactly that one person.”