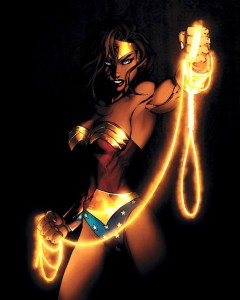 Wonder Woman may be making a return to the small screen. David E. Kelley (The Practice) has come on board to write and produce the series for Warner Bros Television. Kelley, who has created several shows like Ally McBeal, Chicago Hope, and Boston Legal has wanted to tackle a contemporary take on the World War II-era Amazon.

As Smallville is currently in its 10th and final season, there’s no doubt that a Wonder Woman series would aim to fill the gap left when Clark Kent and company say farewell.

Who do you think should play Wonder Woman??