Scott Pilgrim vs. The World – review

4 min read
Add comment
FacebookTwitterRedditPinterestEmail
Get your quarters ready, because Scott Pilgrim vs. The World is a movie you're going to watch over and over again. 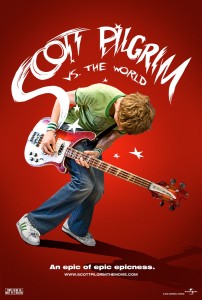 I attended a viewing of Scott Pilgrim vs. The World on opening night and right away was saddened that the theater wasn’t packed full. I hadn’t yet seen whether it was any good or not, but in a Hollywood of the “same-old, same old”,  I was routing for a movie that has originality written all over it. I should also state that unlike most comic book inspired movies that I’ve walked into, I had no previous knowledge of anything Scott Pilgrim-related aside from the PSN game that I had just started playing days before.

I’ll get this out of the way right now too. I’m not a big Michael Cera fan, to the point where I’ll avoid movies that he’s in just because I’m sick of seeing that same character done over and over again. Despite this, I was still very excited to see Scott Pilgrim. For the first time in a long time, I felt that it was finally a role where Cera could play his usual character and it actually made sense.

Inception is being applauded by Hollywood and fans alike because it successfully brought something new and fresh to the table. Scott Pilgrim is no different. Edgar Wright has certainly stepped up his game here. The direction, editing, and overall tone of the movie are absolutely perfect. The visual inspirations and sounds borrowed from video games make this a movie that any gamer should flock to. The relentless pace of the movie and quick (yet brilliant) transitions may feel rushed for some, but to me it felt like a story that hit the ground running and kept the action flowing.

There are several times during the movie where the average skeptical viewer may question events as they play out. Why does everyone have all these powers and crazy fighting abilities? What’s up with Ramona having snow melting roller skates and jumping through random doors? Why do people burst into coins? All of these questions are fair, but they apply to the real world. The world we see in Scott Pilgrim is one that none of us have seen before, and yet holds some familiar properties. The only way you’ll really enjoy this movie is if you stop asking questions and just go with it. They’re not creating plot holes by NOT answering these questions, they’re simply not willing to slow down the pace to give us answers we don’t need. 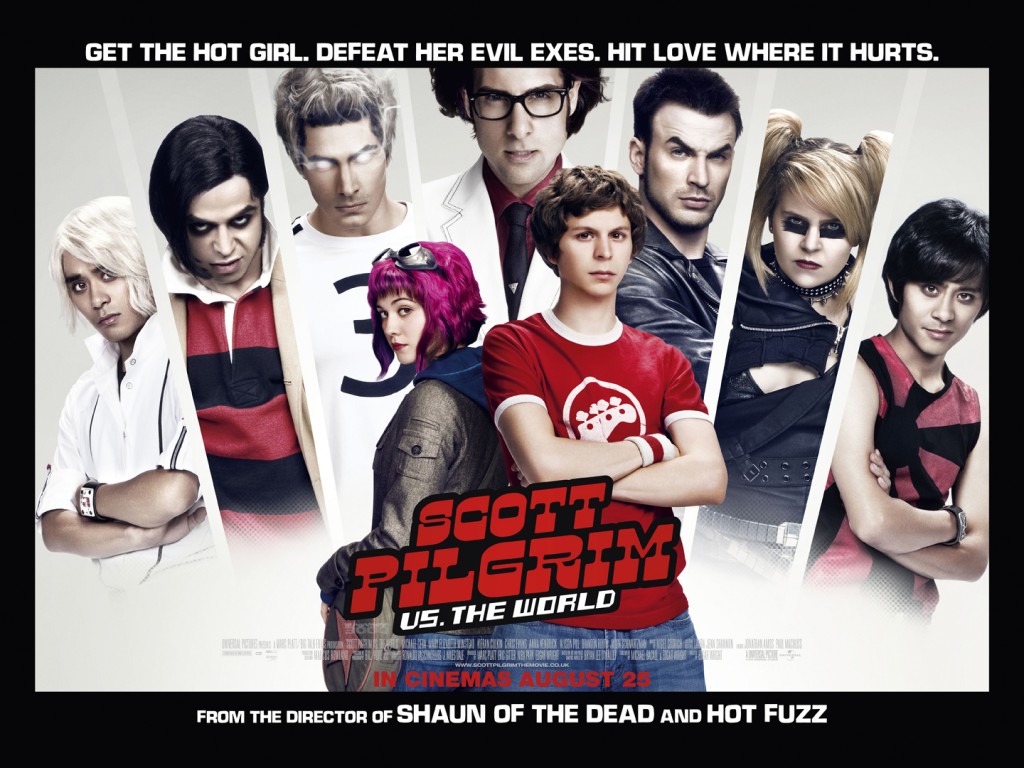 The action is incredibly visceral and satisfying. I don’t know if it was just my identification with the plight of Pilgrim, but I felt myself wanting to jump up out of my seat and get involved. Not since seeing the rage of the Hulk unleashed onscreen have I had such a similar reaction to on-screen combat.

As far as the characters and performances go, there’s a lot to be had here. Ramona Flowers (Winstead) could have been a little warmer, but I could see how damaged she is (sexy too, I’d certainly fight off seven evil exes for her). Knives was as annoying as expected. Unlike some, I at no point found myself rooting for her as she seemed far too young in comparison to everyone else. Anna Kendrick is adorably meddlesome as Scott’s sister Stacey and is quickly becoming one of my biggest Hollywood crushes. As far as the evil exes go, Chris Evans and Brandon Routh were by far the stand-outs to me. In a completely unexpected yet pleasant surprise, Kieran Culkin steals just about every scene he’s in as Scott’s gay roommate Wallace. I came out of this movie a much bigger fan of his and look forward to seeing where his career is headed. And yes, I’ll admit it. Michael Cera was great. Now leave me alone.

Bottom Line: Get your quarters ready, because Scott Pilgrim vs. The World is a movie you’re going to watch over and over again.

This edition of the Geek News Brief includes stories about Sony rebranding its Spider-Man universe, first look photos at Netflix's Cowboy Bebop, and...