1 min read
Add comment
FacebookTwitterRedditPinterestEmail
Len Wiseman told IGN that his wife, Kate Beckinsale, could be back for Underworld 4. 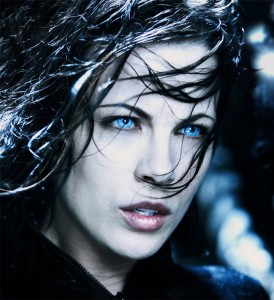 Is Kate Beckinsale making a return to the Underworld franchise? According to her husband, Len Wiseman, a return is looking pretty good.

IGN caught up with Wiseman at San Diego Comic Con while he was promoting Hawaii Five-O. When asked about the status of Underworld 4, he replied, “It’s all being written and talked about and hopefully all comes together. So we’re seeing how things happen. But we’re all keeping our fingers crossed.”

Wiseman directed the first two Underworld films and produced the third. When asked if Beckinsale would indeed be back, he answered, “Yes. That’s the plan. We’re both waiting to see what kind of story comes together. It’s just getting the script to a certain place where we’re both happy with it.”