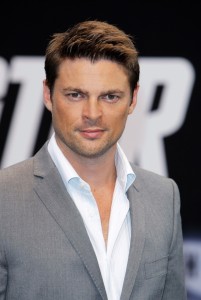 We previously reported that a Judge Dredd reboot was set to start filming this Fall. It’s now been confirmed that Karl Urban (Star Trek) will be donning the helmet, as he said on a New Zealand movie show, “Yes, it’s true, I am the law.”

In the comics, Judge Dredd keeps his helmet on and Urban has no problem with doing the same. He explained in an interview with Movieline, “Dredd is enigmatic, the faceless representative of justice. His prevailing attitudes, his strength of moral character, and the strength of his actions are what speak volumes for that character.”