Infinity Gauntlet To Be In Thor Movie

More details about Marvel’s Thor emerged at Comic-Con International with the unveiling of the Infinity Gauntlet, the glove crafted in the comics by Thanos to harness the power of the Infinity Gems. Just how the Gauntlet and the sentient Gems — and, perhaps, the Mad Titan himself — fit into the film remains to be seen.

A quick primer: Created by Jim Starlin, Thanos is a Death-obsessed Eternal bent on genocide and galactic conquest. The Infinity Gems — initially called the Soul Gems — are six immensely powerful stones, each granting its bearer with mastery over one aspect of the universe: Mind, Reality, Time, Space, Soul and Power. Combined on the Infinity Gauntlet, they make the user omnipotent.

Loki has possessed the Infinity Gems in Marvel comics, so there’s a decent chance that the god of mischief could be wearing the Gauntlet in Kenneth Branaugh’s film. 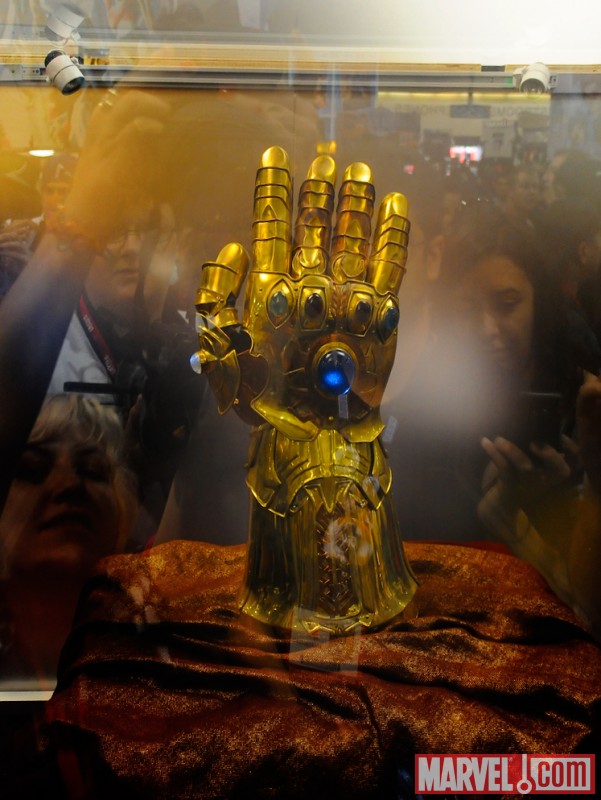