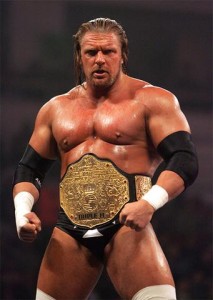 In the film, Ray Bradstone (Triple H) is the best “wheel man in the business,” but he is determined to go straight and be the best parent he can be to his daughter, Sally (Winter), and make amends with his ex-wife, Lynne (Gish). As Ray struggles to find honest work, his old bank-robbing crew, led by Phillip Larue (Corrigan), offers him one last job. He agrees at first, but changes his mind at the last second leaving the crew without a driver. Ray decides instead to serve as a “chaperone” for Sally’s school field trip. When the robbery goes awry, Larue blames Ray and chases the school bus all the way to the Museum of Natural History in New Orleans. Ray must deal with Larue, while supervising Sally’s class on what becomes one of the craziest school trips ever.