Wonder Woman’s got a new look and origin story

Today, Wonder Woman celebrates her 69th birthday with the publication of Issue #600 of her monthly series. The birthday present – a new costume and origin story.

“She’s been locked into pretty much the exact same outfit since her debut in 1941,” series creator J. Michael Straczynski told the New York Times. “If you’re going to make a statement about bringing Wonder Woman into the 21st century, you need to be bold and you need to make it visual. I wanted to toughen her up, and give her a modern sensibility.”

In the new direction devised by Straczynski, unknown forces have changed history and destroyed Wonder Woman’s mystical island home in the past. Now, Diana was raised in the outside world by a few of the surviving Amazons, giving her greater ties to both worlds. She is also less powerful than before, but may regain her previous abilities as the series progresses.

The new costume was designed by iconic comic book artist Jim Lee, who in February was named co-publisher of DC. “The original costume was the American flag brought to life,” Mr. Lee said. “This one is a little more universal.” The idea with the new look is to have something that fits more into our society instead of something that screams SUPERHERO.

My take? I’m completely fine with it… in fact, I support it. Wonder Woman has always been a character in need of a revamp. While Superman and Batman have grown and evolved over the years, Wonder Woman has remained fairly stale in comparison. This isn’t the first time we’ve seen an origin story rewritten either. DC has had many re-dos through their various forms of Crisis over the years. If this is what it takes to get the Amazonian Princess the audience and respect she deserves, so be it. 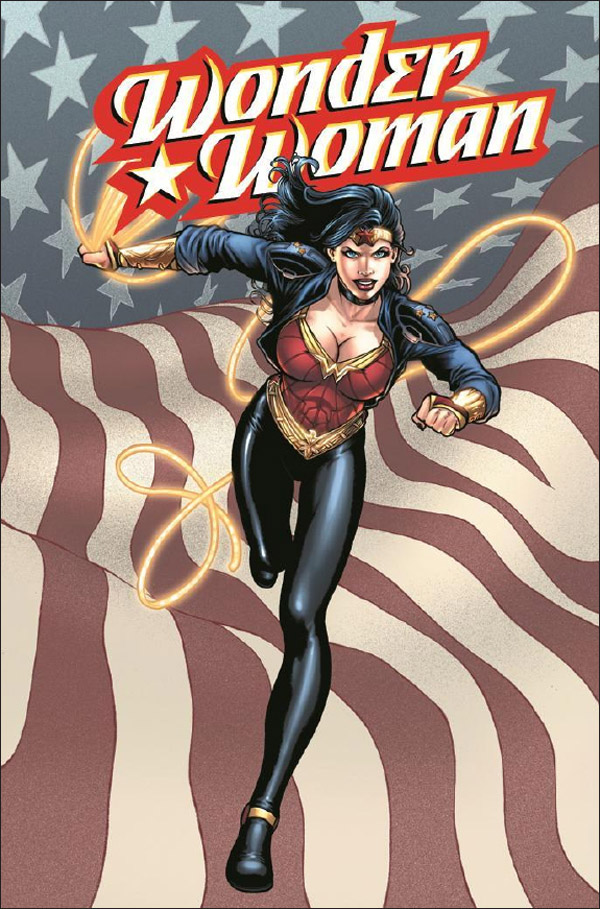