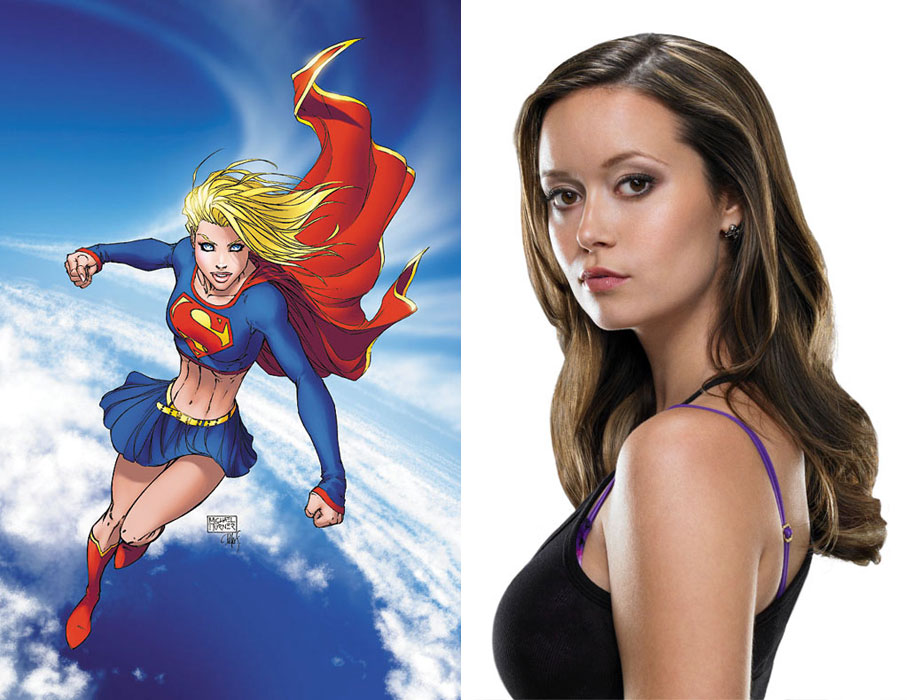 In the film, the latest in a Warner Bros.-produced series based on popular DC Comics stories, Glau plays Superman’s cousin Kara, a mysterious survivor of the doomed planet Krypton who shows up on Earth. Tim Daly and Kevin Conroy reprise their roles as Superman and Batman, respectively, from the characters’ animated series in the ’90s and a previous DC movie, last year’s Superman/Batman: Public Enemies.

Apocalypse is based on a 2004 comic book arc, written by former Heroes producer Jeph Loeb, which reintroduced Supergirl into the DC Comics universe. “I thought in the comic that Jeph Loeb had done a really good job of sticking to the basics of the origin story, but putting enough twists on it to give it a fresh feel,” says executive producer Bruce Timm, widely considered the dean of superhero animation. Unlike the rocket that brought her cousin to Earth, Kara’s pod was delayed in its arrival, leaving her in suspended animation until landing. When she wakes up she is not terribly happy to learn that Earth’s yellow sun gives her powers far beyond those of mortal women. “Early on in the story she just wants to fit in,” Timm says. “Unlike most people who suddenly attain superpowers, she’s terrified of them. She doesn’t want to shoot lasers out of her eyes and be able to lift buildings with her pinky.”

Glau, an animation novice who is the fifth Firefly star Timm has worked with (following Nathan Fillion, Adam Baldwin, Gina Torres and Morena Baccarin), quickly got a handle on the role. “It was a fun part for her to play because it wasn’t one-note,” Timm says. “She could be young and bratty, like a typical teenager, and then show a little bit more maturity, then get feisty, then scared. She’s got quite a gamut of emotions to act out.