Conan O’Brien will return to late night on TBS 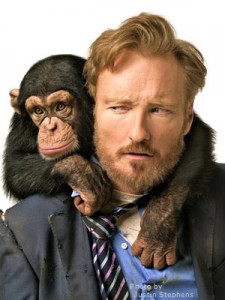 Comedy icon Conan O’Brien is joining TBS to host a late-night talk show that is expected to debut in November. The Emmy-winning comedian’s new program will be followed by Lopez Tonight, which will shift to a midnight time slot.

O’Brien began talks in earnest with TBS just last week, after George Lopez personally called him to ask that he consider joining the network’s late-night line-up. “I can’t think of anything better than doing my show with Conan as my lead-in,” Lopez said. “It’s the beginning of a new era in late-night comedy.”

Said O’Brien: “In three months I’ve gone from network television to Twitter to performing live in theaters, and now I’m headed to basic cable. My plan is working perfectly.”

Conan also made the announcement via his Twitter page: “The good news: I will be doing a show on TBS starting in November! The bad news: I’ll be playing Rudy on the all new Cosby Show.”

O’Brien will host his hour-long, yet-to-be-titled show Mondays through Thursdays at 11 p.m. (ET/PT).