5 min read
Add comment
FacebookTwitterRedditPinterestEmail
An immersive RPG that proudly follows in the traditions of its genre. 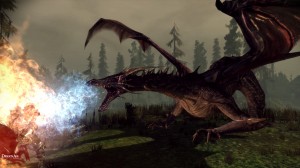 From the creators who brought you games such as Baldur’s Gate, Neverwinter Nights, Mass Effect and Knights of the Old Republic (KotOR), Bioware has really outdone themselves with this one.

Dragon Age: Origins (DaO) is a fantasy story set in a different world lived in by humans, mages, elves and dwarves alike. But among these races are the Darkspawn, and when the kingdoms of man, elves and dwarves don’t expect it, they strike forth from the bowels of the Earth to wreak terror and destruction upon the land. They almost remind me of a medieval version of the Locust from the Gears of War series. Since the arrival of the Darkspawn there have been a group of men and women known as the Grey Wardens who have stood tall against the evil threat of the Darkspawn. Here in DaO the Grey Wardens have come looking for recruits…

Anyways, DaO is a visually impressive game with its roots coming straight from classic RPG storytelling. It’s a 3rd person view of the battle field, and you can pause the game at anytime to help control your party’s actions, much like KotOR. The game comes with a tactics menu, so you can set up the default actions of all your party members, which means you don’t have to constantly watch their actions. And you can even take full control of any of the characters at any time.

Dragon Age lets you start off the game at many different combinations of races / classes.

Elves: You can either be a City Elf or a Dalish Elf. The main difference here is that the Elf race (city elves) have more or less been enslaved and used as menials or just worked. But if you’re a Dalish Elf, you belong to no man. You’re a wild elf living with your clan in the forest, feeding off the land and trying to preserve your own history.

Dwarves: The dwarven kingdoms rely heavily on their different Castes (Nobles) of family from the Smith Caste, Warrior Caste and even Merchant Caste. You more or less have to be born into a Caste, and if you are not, you’re caste-less. Being caste-less means you fight for everything, you live in poverty and your life will never be easy. You can play as a Noble or Caste-less dwarf to start off your adventure.

Humans: You can only chose to be a Noble as a human, which I’m not overly found of. Every other race has the “upper and “lower” classes to chose from, so why not humans? 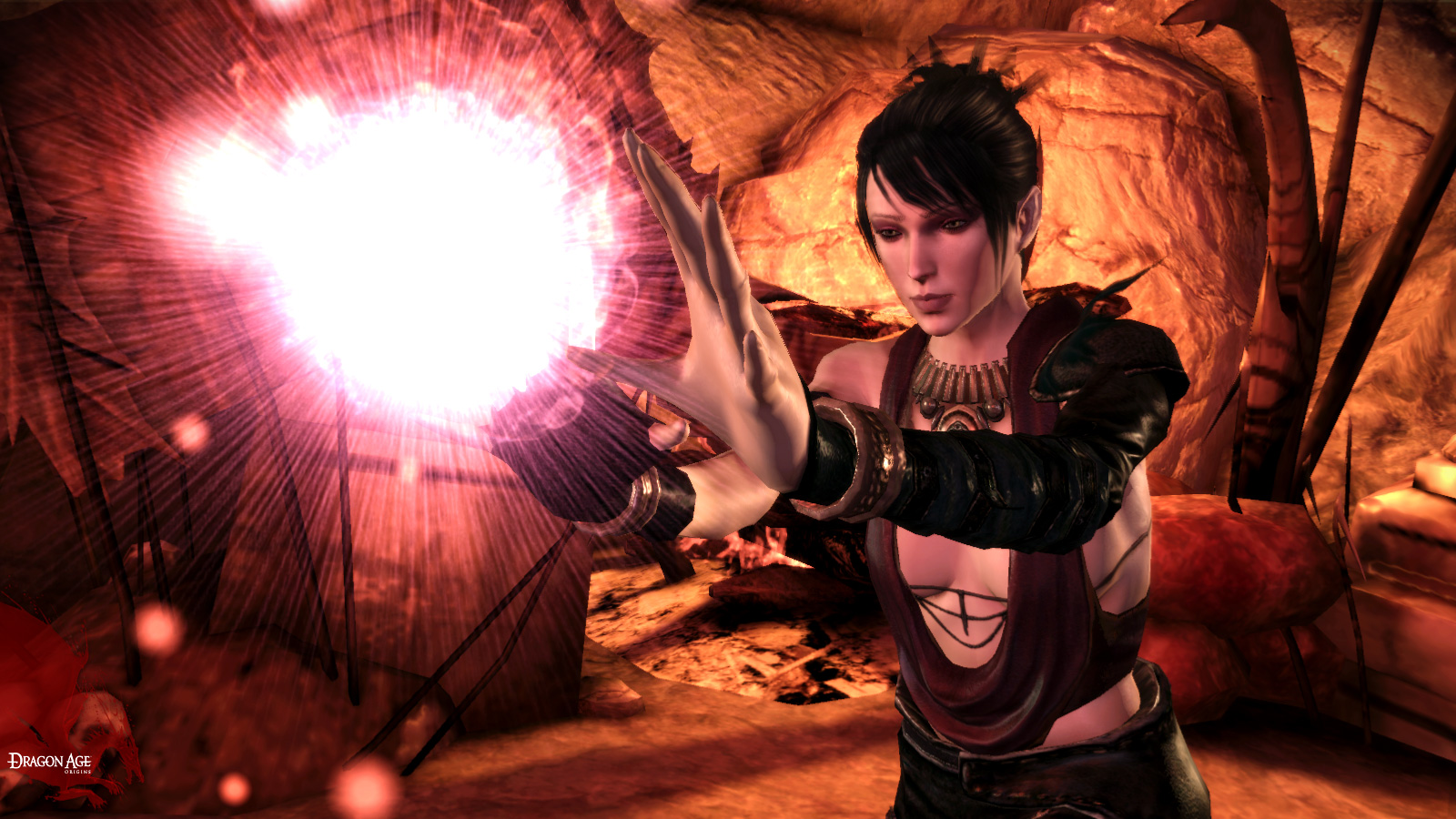 Warrior class: Your typical commanders of the battlefield. Warriors can duel wield, use massive 2 handed weapons, use a shield not only as a defensive tool but a potent offensive weapon, and wear the heaviest of armors in the game.

Rogue class: These shifty, quick witted characters like to stay out of direct combat and rely mainly on stealth and guile to win their battles. You can duel wield light weapons, excel at dagger use, and there’s a skill tree for archers if you prefer the long range combat. Rogues wear mostly leather armor but can make poisons to help take down the toughest of foes.

Mage class: Elves and Humans can play as a mage, but Dwarves lack the ability to use magic, therefore this class is not open to them. Mages can choose from many different skill trees, from being a master of the elements, to healing magics, and even entropy magics to drain your foe of its own life. Mages are very powerful classes, but their power relies on the amount of mana they have at their disposal. From controlling the flow of battle with freezing ice spells to healing your damaged party, mages are a must have for any party. Mages also have their own beginning, as you must prove yourself at the circle of magi before venturing off into the world.

Now, each class comes with different sub trees you can pick from. Most of these sub trees are found throughout the land by either purchasing manuals to learn from or interacting with an NPC and have them teach you their special skills. 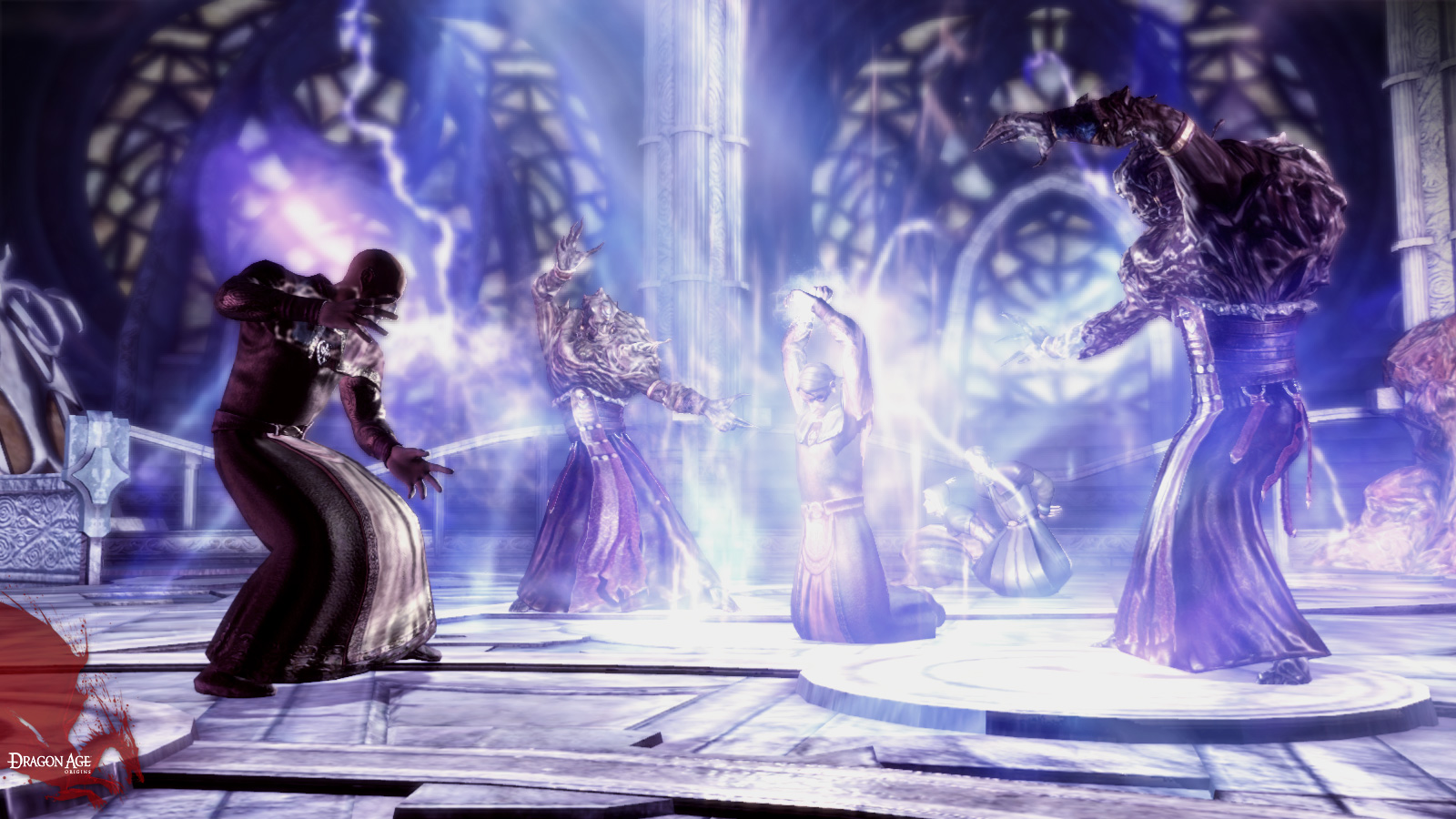 DaO isn’t a game for everyone unfortunately. Just like any true-to-its-roots RPG, DaO has a lot of scripting and story telling. All the script has voice over so you’re not constantly reading, but it’s still a lot to take in and pay attention too. If you’re the type to quickly click your way through all the back story and lore this game has to offer, then you’re going to find yourself lost and rather bored with the game pretty quickly. DaO is like reading a book, it immerses you in a new realm of excitement and adventure and if you’re not willing to take the time to enjoy all the aspects, I would suggest not picking this title up. The reason being is that the choices you make throughout the game reflect upon what happens later on. There’s a possible 4 different endings to this game, with 6 different beginnings. 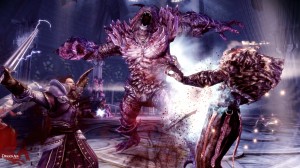 DaO also comes with downloadable content, which of course costs money, to keep your adventures rolling. Some people don’t like the DLC, thinking it’s a way for game companies to squeeze that extra amount of money out of you… but to be honest I don’t mind. The DLC is fun, introduces new players for your party, and allows access to some rare armor and weapons. For me, it’s like buying a few extra chapters for your favorite book(s).

All in all I think DaO is an amazingly beautiful game that will keep you busy for hours on end. From achievements to unlock to different story lines and endings…this game has real potential for extra playability. I would highly recommend this game if you like to take your time and immerse yourself into a world of new lore, adventure and visual treasures.

Brian is a retired member of the US Army, a full time student for Graphic Design, a non profit volunteer for Veteran Training, a mentor for disabled veterans in STRIDE Adaptive Sports and one hell of a geek. He plays a lot of video games, mostly on the PC, and enjoys movies, table top gaming, lego building and just going out and having a good time.