8 min read
2 comments
FacebookTwitterRedditPinterestEmail
My list of the Top 5 best characters that we've seen in LOST so far.

[WARNING – SPOILERS AHEAD IF YOU HAVEN’T SEEN THROUGH SEASON 5] 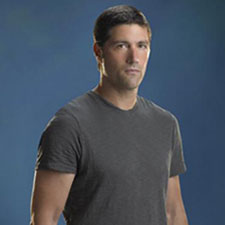 Wikipedia summary: “A neurosurgeon with father issues, Jack is the survivors’ leader. He has feelings for Kate. After escaping the island, he ends up in a relationship with Kate but after a dramatic breakup he becomes drug-addicted and suicidal because he longs to return to the island to save everyone left behind, and return to his relationship with Kate. He returns to the island and appears in 1977 with Kate and Hurley, and they all join the Dharma Initiative.”

My thoughts: As the hero and the leader early on, Jack had the potential to be the best character. He was determined to a fault and it was admirable. The problem with Jack is that he’s so contradictory. For someone so determined and brave, he was often a coward when it came to Kate. He also suffered from the most unsympathetic, to me, of all the character flaws. He had a huge drinking and drug problem, and it was all to escape that which pained him. For a character that’s depicted as being so brave, falling into that world is an incredibly cowardly path. If it was something that came up in his past, like Charlie, it wouldn’t have mattered as much, but we saw how much he crumbled after initially returning from the island. In the 5th season, he seems to have gained some of the faith that Locke had been trying to push on him for so long and has emerged as a leader again, but at this point his character is motivated much more by helping himself than others. 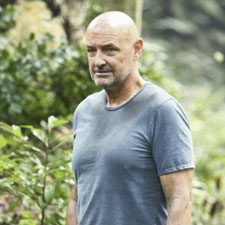 Wikipedia summary: “After having his paralysis healed during the crash, Locke lives out his dreams of becoming a hunter on the Island. John Locke is also the name of a philosopher. Being a man of faith, he believes he has a special connection with the island, leading him to clash with man-of-science Jack. Having been “chosen,” Locke becomes the leader of the Others at the end of the fourth season. Locke is eventually murdered by Ben shortly after leaving the island. When most of the “Oceanic Six” survivors return to the island, they transport Locke’s body with them. Locke apparently returns to life, but this is revealed to be a deception; Locke is still dead, and the individual in Locke’s form is actually Jacob’s rival.”

My thoughts: In the first few seasons, Locke was a very likable character. He felt like the “wise old sage” that seemed to have the experience and story to fit any problem anyone was having. His connection to the island through his regained ability to walk and his dreams was the first big sign that this place was something much more than a normal island. He also has a huge set of survival skills along with the ability to turn badass at the drop of a hat. While this stuff is all cool, having it paired with such a tragic background really made Locke stand out. I found myself cheering for him at every turn and hoping he would succeed with whatever he attempted. He would be higher up on the list, but I found that after the introduction of Ben and The Others his character started to take a turn for the worst and I just wasn’t cheering for him as much. 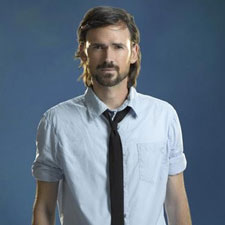 Wikipedia summary: “Faraday is a physicist hired to go to the Island by Charles Widmore. He initially claims to have intentions to save the 815 crash survivors, but this proves to be untrue. Daniel is connected to Desmond in several ways – Desmond visits him at Oxford during a flashback in time. Later, when John moves the island, Daniel travels back in time and visits Desmond in the hatch, to tell him how to save the island. Even though he initially lied about his intent to save the survivors, Daniel ends up ferrying several of them, including Sun and Jin, to the Kahana. He is the son of Eloise Hawking and Charles Widmore. He is shot and killed by his mother in the season 5 episode The Variable.”

My thoughts: Donatello was my favorite ninja turtle. I like smart characters, always have, and Faraday’s brilliant. Not only is he intelligent, but he’s just plain likable. He’s the first of Widmore’s group to really trust anyone on the island. While the audience is led to believe he might have bad intentions, it turns out he’s always just been trying to help out. One thing that I find particularly interesting is his connection to Desmond. He even jots down in his journal that Desmond is his “constant.” This becomes even more interesting when we learn that unknown to him or her, Daniel is actually Penny’s brother (or half-brother, they weren’t that obvious yet). 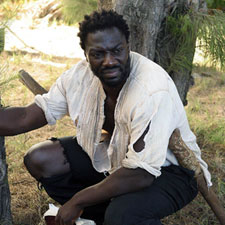 Wikipedia summary: “Mr. Eko is a former Nigerian drug lord turned priest who crashes on the island with the tail section survivors. For the first 40 days, he does not speak. Upon joining the fuselage survivors’ camp, Eko becomes part of the group involved in pressing a button in a hatch. He begins building a church on the island with Charlie, but this is abandoned when he becomes obsessed with the hatch and the button within. Eko is haunted by visions of his brother, who died in Nigeria and whose body was on a plane that crashed on the island before Eko’s arrival. These visions lead Eko and John to discover another Dharma station. Eko meets the smoke monster on more than one occasion in the Island’s forests, and is eventually killed by it.”

My thoughts: Mr. Eko is awesome. Sure, he might start off with one of the most evil back stories out of anyone, but for some reason it becomes more acceptable when you see how he went down that path in the first place. There’s always something interesting about someone on a mission of redemption as Eko decides to become a priest and swing his life in the other direction entirely. Like Locke, Mr. Eko has a mysticism about him, being one of the few characters that truly connects with the island on a spiritual level. Also like Locke, he can become a total badass when the situation calls for it. I was annoyed more by his death than anyone’s because it felt very unnecessary. 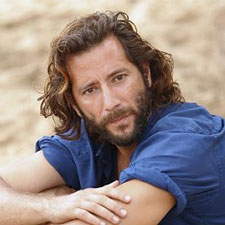 Wikipedia summary: “Desmond, a former monk and member of the Royal Scots Regiment, undertakes a boat race around the world after splitting with his girlfriend Penelope Widmore. He shipwrecks on the island while on this race, and he lives in a hatch for three years, pressing a button every 108 minutes. One day he neglects to push the button, and on this day Flight 815 crashes. The survivors find the hatch and blow it open, and when they take over pushing the button he attempts (unsuccessfully) to escape the island. After he returns to the island, he moves in with the crash survivors. At the start of the third season, Desmond starts seeing flashes of future events, most of them being about Charlie’s death. Later, he experiences flashes into the past. He escapes the Island with the Oceanic Six at the end of season four and is reunited with his girlfriend, Penny. They are married and have a baby boy named Charlie. Desmond has various meetings with Eloise Hawking who urges him not to marry Penny Widmore. He later finds out she is Daniel Faraday’s mother, locates her through Charles Widmore, and visits her at the Lamppost.”

My thoughts: I simply find Desmond to be the most charismatic and interesting character on the show. He has so many things going on between being in the hatch for so long, having visions of the future, time travelling, and his constant mission to reunite with Penny. Compared with so many of the other characters, he also seems to be one of the few that doesn’t have any huge character flaws. If anything, his worst is that he trusted Eloise and thought he had a destiny to follow. Desmond is also fascinating because it feels like his is the only character without any true, set destiny. This gives him the most potential to create change, as was backed up by Faraday. I’m curious to see what role he will play in the final season. I also have a feeling “brotha” might become part of my regular speech pattern.