4 min read
2 comments
FacebookTwitterRedditPinterestEmail
A rundown of the events in Marvel's 2009 year.

2009 was a banner year for Marvel Comics. It could be said that it was potentially the biggest year for them ever.

If only because on August 31, 2009 they were sold to the Walt Disney Company for $4 Billion dollars.  Since Marvel’s inception in the 1960’s (they were Timely Comics up from 1939 till then) they have had different owners but never a giant corporation funding them. This is of course completely different than DC Comics whose parent company is Warner Bros.  Throughout the years it was always the Big Corporation (DC) vs. Marvel (who was the self-published company). Of course this is all changing now. Disney claims it will not mess around with Marvel’s publishing arm, but time will tell as the deal only officially goes through on December 31st, 2009 as it’s being put to a vote.  (It’s pretty much a lock it’s going through though)

Besides the Disney deal, Marvel has had a pretty big year in 2009.  In the publishing area, its big push was the over-arching story called ‘Dark Reign’ which came out of 2008’s mega crossover ‘Secret Invasion’. The main drawing point was that Norman Osborn (aka Spider-man’s arch-enemy The Green Goblin) saved the United States at the end of Secret Invasion and was given Tony Stark’s job (which prior to this was Director of S.H.I.E.L.D).  He created his own Dark Avengers which consisted of Villains disguised as Heroes. Osborn himself was Iron Patriot (An Iron Man armor with Captain America’s colors), Venom became Spider-Man, Wolverine’s son Daken became Wolverine, the mercenary Bullseye became Hawkeye,  Moonstone became Ms. Marvel and Osborn coerced both the Sentry and Ares to join as well.  It was interesting to see many of the heroes going underground and obviously not aligning themselves with Osborn. It crossed over into most of Marvel’s titles including Amazing Spider-Man, Invincible Iron Man, to even the X-Men.  Dark Reign ran for all of 2009, was fairly successful, and is wrapping up as we speak in early 2010 with an event called Siege.

Besides Dark Reign, Marvel also brought back Steve Rogers, aka Captain America, from the dead which had been one of their biggest blockbuster moves in recent years. Launching a mini-series Captain America: Reborn, it told the story of Steve Rogers return from ‘death’.

Meanwhile in the X-Men books, 2009 saw the X-Men clash with Osborn and the Dark Avengers and lead to a new island for mutants called Utopia where mutants supposedly can live in peace. (HA! Sure.) Also was the huge explosion of the man called Deadpool. Due to his rise in popularity from the Wolverine: Origins movie, by the end of 2009 Deadpool has 3 ongoing titles. (Deadpool, Deadpool: Merc With A Mouth and Deadpool Team-Up). That is unheard of for a supporting character in the X-books, especially someone not called Wolverine.

Another big announcement was that Marvel had acquired the rights to the Marvelman property created by Alan Moore in the mid 80’s that many claim to be second only to Watchmen as the best super-hero comic ever. Since the late 80’s that property had been tangled in legal battles and was never reprinted or seen since then.

On the movie side, Marvel released only X-Men Origins: Wolverine, which got a mixed reaction from both critics and comic book fans.  It was successful enough to continue the Wolverine franchise (sequel has been green-lit), the X-men franchise (Bryan Singer has signed on to do X-Men: First Class, another prequel), and a Deadpool movie spin-off with Ryan Reynolds continuing his role as Deadpool. 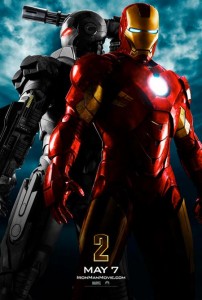 Marvel has Iron Man 2 on the slate for this year with Thor to follow in 2011 and Captain America and The Avengers shortly thereafter.  What’s interesting is now Disney will be funding these movies instead of before when it was Marvel Studios itself for Iron Man. (Fox still owns the movie rights to X-Men, Fantastic Four, and Daredevil while Sony has the Spider-Man rights and Universal the Hulk)

So 2009 was another successful year for Marvel under the leadership of, in my opinion, the best Editor-in-Chief since Stan Lee, Joe Quesada. 2010 should prove interesting with the return of the original Avengers and the fall of Norman Osborn penned by their superstar writer Brian Michael Bendis. The question is if many fans fears will come true and Disney will decide to mess with success and tone down/alter Marvel’s publishing. Many fans had visions of Wolverine teaming up with Donald Duck. I seriously doubt this will happen. But as they say…anything can happen. If you had told me a year ago Disney would’ve bought Marvel Entertainment, I would have said you were crazy.