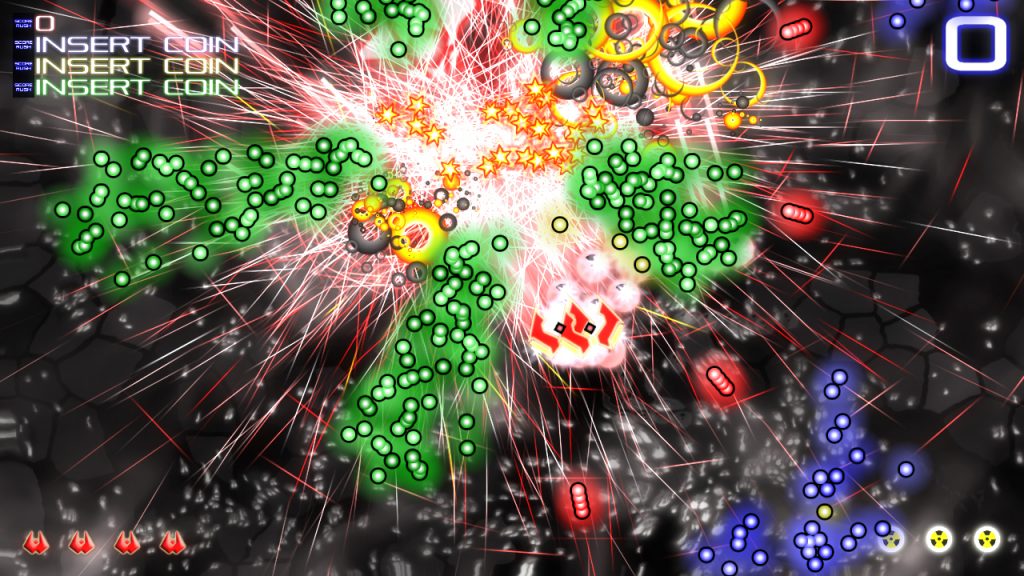 Ready for the shortest review I’ve ever written for The Geek Generation?

Score Rush Extended is amazing, go out and buy it right now.

Glad we got that out of the way, but if you insist that I elaborate I will do so without hyperbole. Score Rush Extended is the latest in a recent resurgence of “bullet hell” shooters. Xona Games wastes no time with a one versus army plot; you simply control one Tron-looking ship (or two) and blast anything and everything that isn’t you or your co-op partners.

It doesn’t take long for the screen to fill with billions of bullets and the game does not hold your hand as you are bombarded with boss after mini boss after boss. The music must also not be ignored as it does a more than adequate job of keeping your adrenaline high. Complaints with Score Rush Extended are minor, like enemies and power ups looking too similar, but honestly it’s likely you’ll get used to it after you’ve grown comfortable with the game’s screen clearing, color-coded shockwaves that give you much needed breathing room.

Duo Mode twists things a little bit as you’re controlling two ships instead of one, which of course leads to insane score totals that’ll have you begging for a breather in between sessions. If you get two players controlling four ships I’d strongly recommend an appointment with your optometrist afterwards.

I love this game. It’s one of the best of the genre and an absolute must-play for fans of games like Geometry Wars, Ikaruga, and Raystorm. 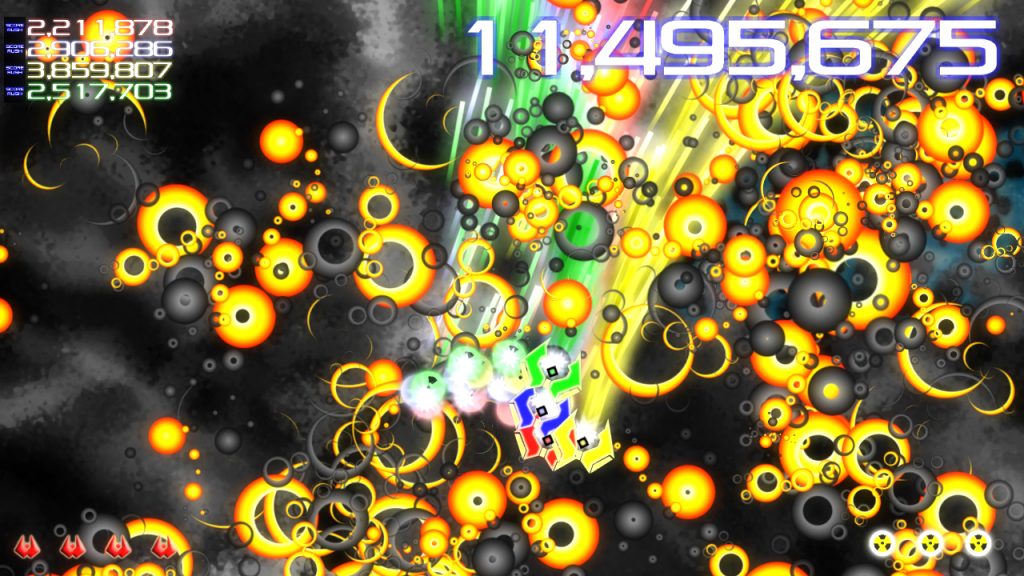 – White enemies are easily missed among the skittle-colored armada
– Addicting… though not really a con, I’m just warning you