5 min read
Add comment
FacebookTwitterRedditPinterestEmail
In Citadel, the player starts with nothing and must grind through levels to learn crafting abilities, spells, and recipes for building.

Article by: TransientGamers
This preview is for the Early Access version of the game. Code was provided by developer.

Citadel: Forged with Fire is an online multiplayer sandbox RPG with base-building elements and a large character progression tree. The game is currently in Early Access so this article will only focus on its current state as of patch 13250-2. 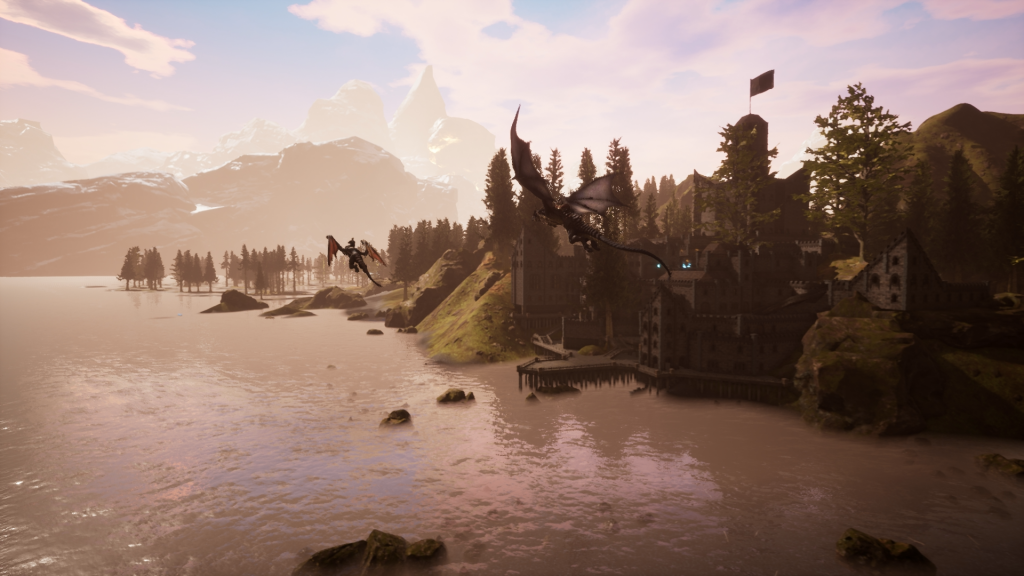 Citadel is marketed, primarily, as a game to play with friends or on the public servers. While there are options for private servers for individuals or communities, most players will be found in either the provided PvP or PvE server options. The game contains no clear story or direction, but rather spawns the player at one of three town locations. Similarly, there is no formal tutorial; instead, tips are provided by stones standing in any of the towns. These spawn points are protected and players there cannot take damage nor be killed. Much like ARK, the player mysteriously awakens on the ground with strange glowing on their arms (not to mention other similarities like animal taming). However, that is the extent of plot. Once awake, the player must make their way in the world of Ignus and explore the massive map with nothing but the tattered clothes on their back.
While the premise of a fantasy world filled with magic, mythical creatures, and player-driven kingdom politics sounds tantalizing, the realization of these features falls far short. The biggest red flag: most public servers are empty. Since there is no story and the game lacks any NPC quests, all intrigue to continue playing Citadel must come from the players themselves. PvP servers quickly become bereft of individuals as resources are so plenty that raiding other factions is moot. The map itself is fairly small and, with a server full of people, space is quickly limited. As mentioned, resources are abundant so once a player crafts a base or builds to their imagination’s contentment, there is little else to keep gamers coming back.

Resources that players gather can be crafted into mana and health potions, while plants can be turned into cloth and reinforced at tailoring benches. Collecting items from the ground provides the player with experience – allowing the character to level up. Gaining levels unlocks knowledge points with which to learn spells and recipes for crafting. Gathering wood and stone can then be used to build houses, bases, weapons, and more. Players of games like 7 Days to Die will appreciate the depth of base-building that is possible. Structural integrity seems to be important, so once a building is sufficiently supported, the sky is the limit. Higher player levels unlock higher quality building materials as well as décor to make your base feel like home. 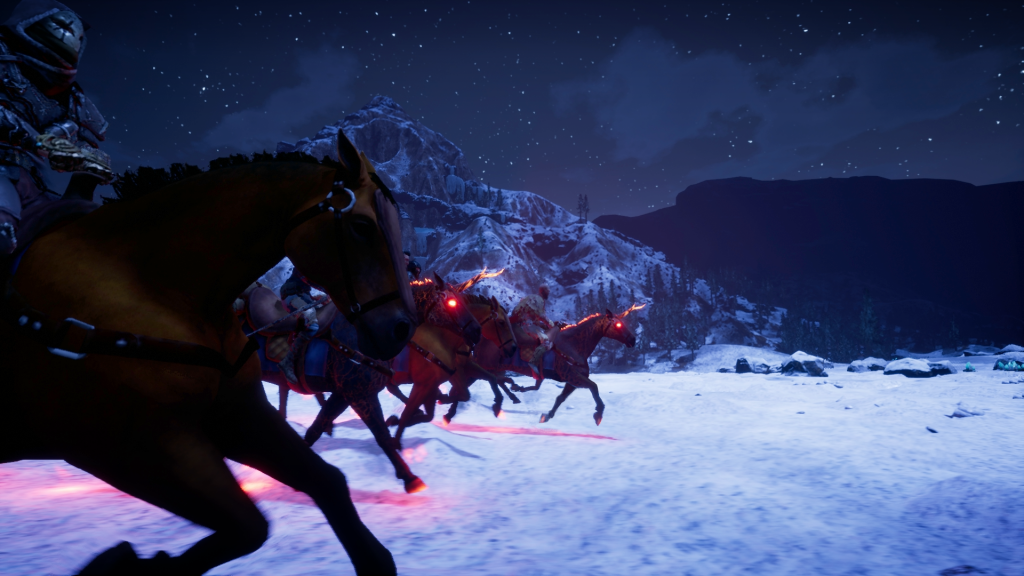 Simply said: Citadel is a visually stunning game. The in-game textures and environmental foliage is absolutely breath-taking. Character creation is fairly limited at this point: players can choose from a few face options, hair styles, and colors. Although the character models leave a bit to be desired, the attention to detail in everything from rocks to trees, leaves to water, makes Citadel a pleasure to behold. Looking up at the night sky to see myriad sparkling stars fill the screen is something I recommend every player do the second night falls. However, Early Access woes still poke through as 60 fps struggles to stay consistent. Most towns, when loading in, will sit at 11 fps and rarely does the game continuously deliver steady framerates. While the developers have promised optimization improvements and continue to patch the game (sometimes two to three times a week), the stuttering world still breaks immersion.

Crafted in Unreal Engine 4, most of Citadel is not only beautiful but functional as well. However, when encountering mobs, while their textures may be high-resolution, their animations are not quite polished. Many monsters will appear to run in the opposite direction yet still move towards the player. Similarly, the player’s animations are downright silly and although there is an option to switch to third-person, staying in first-person mode might be the recommended setting for those who wish not to laugh. Large view-distances are often riddled with objects popping in at various times, making for anything but a smooth transition around the map.

Citadel is all about ambiance. Each area of the map has a different appearance accompanied by its own ambient sound effects. Although the title screen opens with a fantasy-themed epic composition, the game itself does not contain much music. As such, Foley sound effects such as footfalls, axe swings, and noises are brought to the forefront. Magic spells, crafting sounds, and mob growls sound well placed within the game-world with immersive aural presence. As with most Early Access titles, however, there are a few hiccups. Axe swings and other weapon interactions do not always produce a sound effect. Specific environmental elements, such as swimming through water, are not entirely believable – occasionally sounding as if there are only one or two sound effect states below and above surface. 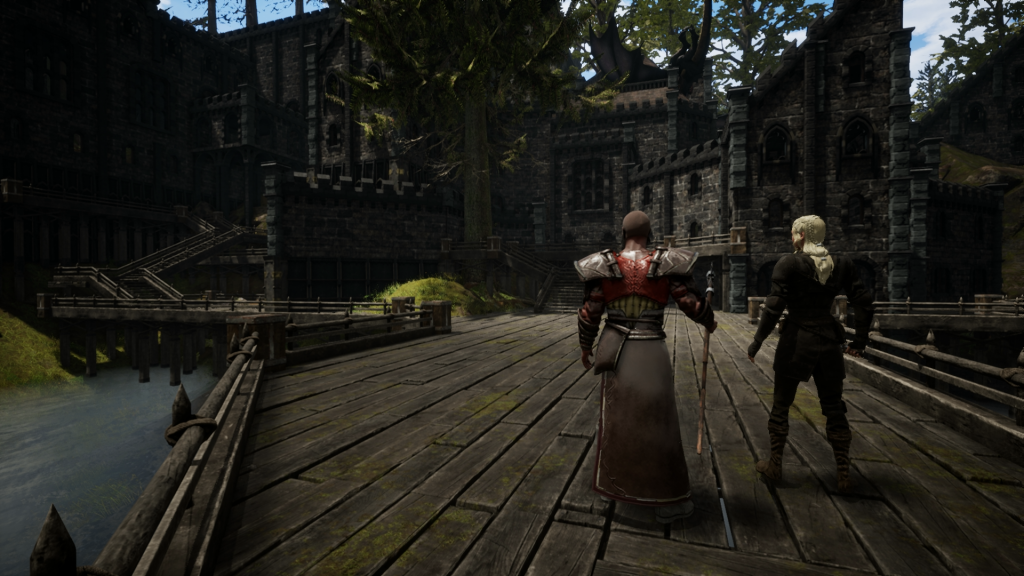 In Citadel, the player starts with nothing and must grind through levels to learn crafting abilities, spells, and recipes for building. There are no quests, no overt goals, and there is no clear story. The world of Ignus is one in which players must use their imaginations to build sprawling bases, castles, and mansions while interacting with friends or making new ones online. Graphically impressive, this game looks to be well on its way while only being in Early Access with regular, if not weekly, updates. The community surrounding Citadel has come and gone, but server populations seem to fluctuate depending on the latest build. So, if this type of sandbox interests you, do not let current numbers discourage you nor the price tag of $24.99 dissuade. For player-driven fun, this game holds hours of entertainment. For those looking for immersive story, quests, or direction aside from level grinding or base building – look elsewhere.