In Marvel Studios’ Thor: Ragnarok, Thor is imprisoned on the other side of the universe without his mighty hammer and finds himself in a race against time to get back to Asgard to stop Ragnarok – the destruction of his homeworld and the end of Asgardian civilization – at the hands of an all-powerful new threat, the ruthless Hela. But first he must survive a deadly gladiatorial contest that pits him against his former ally and fellow Avenger – the Incredible Hulk!

Thor: Ragnarok will feature the return of Chris Hemsworth as the God of Thunder himself, with Tom Hiddleston as Loki, Mark Ruffalo as the Hulk, Idris Elba as Heimdall, and Sir Anthony Hopkins again portraying Odin. The film also stars Cate Blanchett as the death-obsessed Hela, Tessa Thompson as hero Valkyrie, Jeff Goldblum as the eccentric Grandmaster, and Karl Urban as Skurge. Also among the cast is Sam Neill, reuniting with Taika Waititi, who directed him in his previous film Hunt for the Wilderpeople, and his Jurassic Park co-star Jeff Goldblum. Finally, as teased at the end of his solo film, Benedict Cumberbatch’s Doctor Strange will team with the God of Thunder to deal with Loki.

Thor: Ragnarok will smash its way into theaters on November 3, 2017. 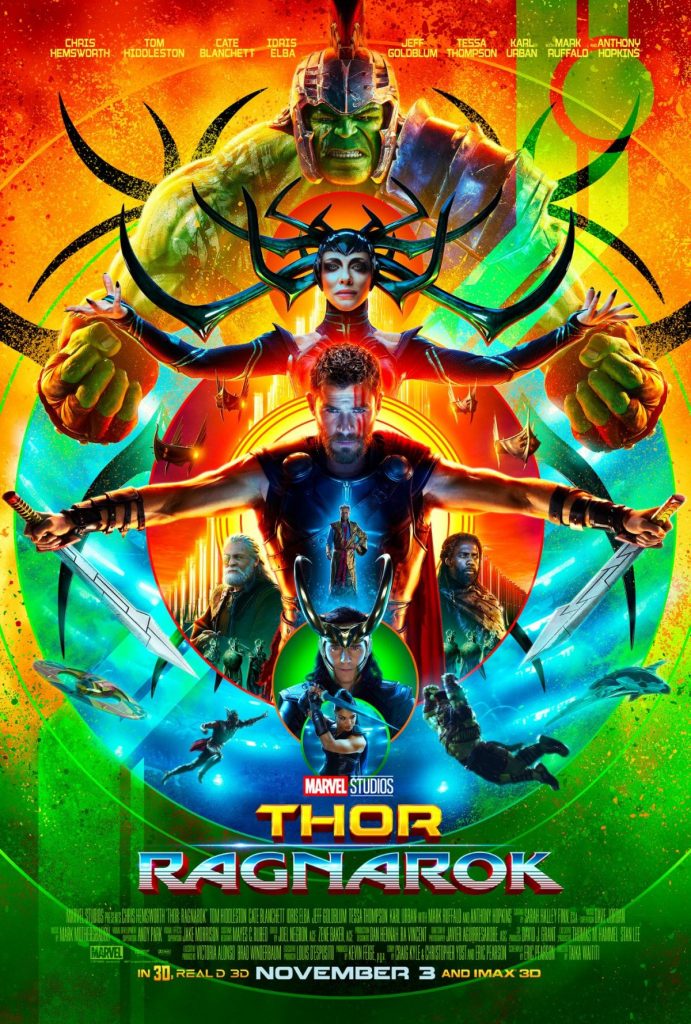