Into the Badlands: The Complete First Season – DVD review

3 min read
Add comment
FacebookTwitterRedditPinterestEmail
While only six episodes long, Into the Badlands: The Complete First Season is a wonderful introduction to a fantastic new world that has many more stories to tell.

Set in a world centuries from now, Into the Badlands: The Complete First Season focused on the spiritual journey of Sunny (Daniel Wu) and M.K. (Aramis Knight), a teenage boy who harbors a unique ability, and their growing relationship as teacher and student. Both discover their true purpose and decide to explore what lies beyond the borders of the Badlands, but as their Baron Quinn continues to battle against his own family as well as his rival Baron The Widow, Sunny and M.K.’s journey to a more peaceful existence seems further out of reach.

While filmed in New Orleans, Into the Badlands creates an entirely new dystopian world whose origins have still not been fully explored. The aesthetic spans multiple environments, from farmlands to towns, and touches on even more cultural influences, pulling from Southern, Asian, and Victorian, while seamlessly merging them together. Showrunners/executive producers/writers Alfred Gough and Miles Millar put their many years of experience on display to weave the fantastical story of Sunny, the most feared Clipper in the Badlands. Sunny soon discovers M.K., a boy who possesses supernatural abilities that are coveted by the Barons. While each Baron will stop at nothing to recruit M.K. once they discover his power, Sunny takes the boy under his wing in the hopes that they might escape the Badlands once and for all.

The thing that stands out most about Into the Badlands is the amazing action. In this world without guns, the sword and the fist rule. Battles are fought as spectacular martial arts scenes that feel beyond the scope of a television production. Reminiscent of such martial arts epics as Crouching Tiger, Hidden Dragon and Hero, the residents of the Badlands leap through the air while dishing out endless amounts of punishment. The balance between action and story is sound as well, as the events that unfold build up the meaning of each action scene. Punches are never thrown just for the sake of doing it.

Daniel Wu excels as the core of this tale, making Sunny feel both lethally dangerous while remaining relateable. Marton Csokas as Baron Quinn chews the scenery every time he’s on screen with an over-the-top performance that straddles the line of caricature, but is so entrancing in his performance that you won’t be able to take your eyes off of him. Emily Beecham is the next great strong female character to come along as The Widow, who arguably might be the best fighter of all the Barons, and yet retains a softness and vulnerability that reveals her as much more than she initially seems.

The first season of Into the Badlands is only six episodes long, which might be my only complaint. Creating a new world takes some time and exposition to flesh out, and the Badlands still need quite a bit of explaining. Just when the first season when hitting its stride, it was over. The first piece of good news is that the tale is not over, as the filming of Season 2 is close to wrapping. The other good news is that there are wonderful extras on the Season 1 Blu-ray and DVD that will give you more to enjoy, such as the “Anatomy of a Fight” segments that break down the major battles in each episode. character highlights, and even a digital comic.

Into the Badlands: The Complete First Season is available on Blu-ray and DVD on November 8th, 2016. 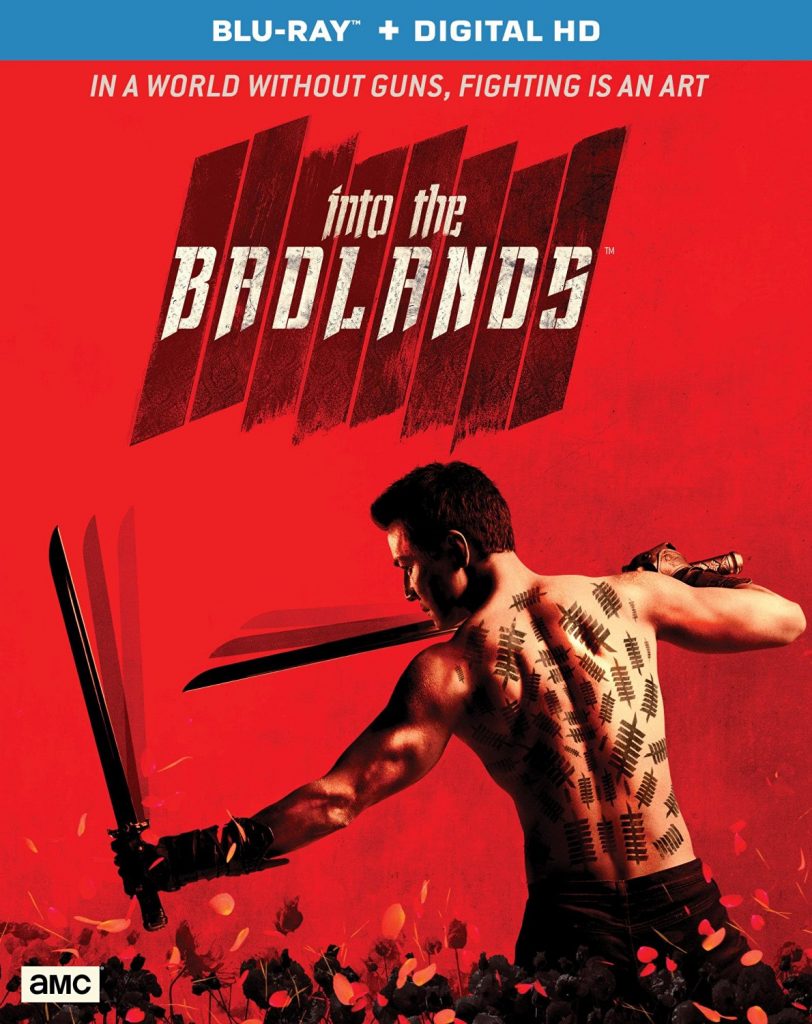 Rob and SK discuss The Good Place, Apex Legends, The Boys, Frank Welker, and Masters of the Universe, review Carnival Row and season 5 of Black...