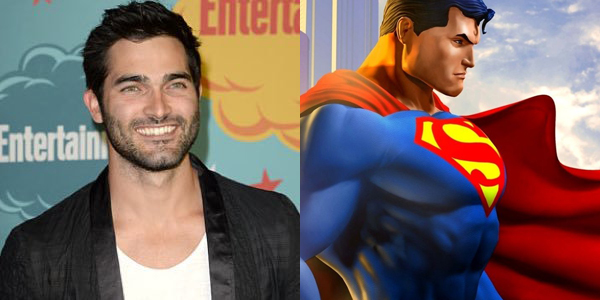 The CW recently stated that Superman would make an appearance in the upcoming season of Supergirl, and has now announced that actor Tyler Hoechlin has been cast in the role.

Last seen in Richard Linklater’s ‘80s-set baseball dramedy Everybody Wants Some, Hoechlin has also appeared in Hall Pass, Solstice, and Teen Wolf. He’s also no stranger to comic book adaptations, as his breakout role was in Road to Perdition alongside Tom Hanks.

“Greg [Berlanti] and I have wanted to work with Tyler for ages, so this worked out perfectly because Tyler is Superman,” says Supergirl Executive Producer Andrew Kreisberg. “We are so thrilled and humbled to add another amazing actor to the legacy of this iconic character.”

Hoechlin will appear as Superman in the two-part premiere of Supergirl season 2.