2 min read
Add comment
FacebookTwitterRedditPinterestEmail
Fun and simple; you can’t beat that combination. Who doesn’t like a straight up gunfight between friends or bots?

Western Press by Surprise Attack Games is an Old West dueling game. Who doesn’t like a straight up gunfight between friends or bots?

The format is simplistic in nature but quite addictive. You can play 1-v-1 or in a tournament of up to 16 players. There are several characters to select from, and you unlock the players you defeat in single player skill-testing mode. There is some customization to the characters in this version, most notably the individual taunts. Hopefully the developers will continue to improve on the game and add a deeper level of customization. 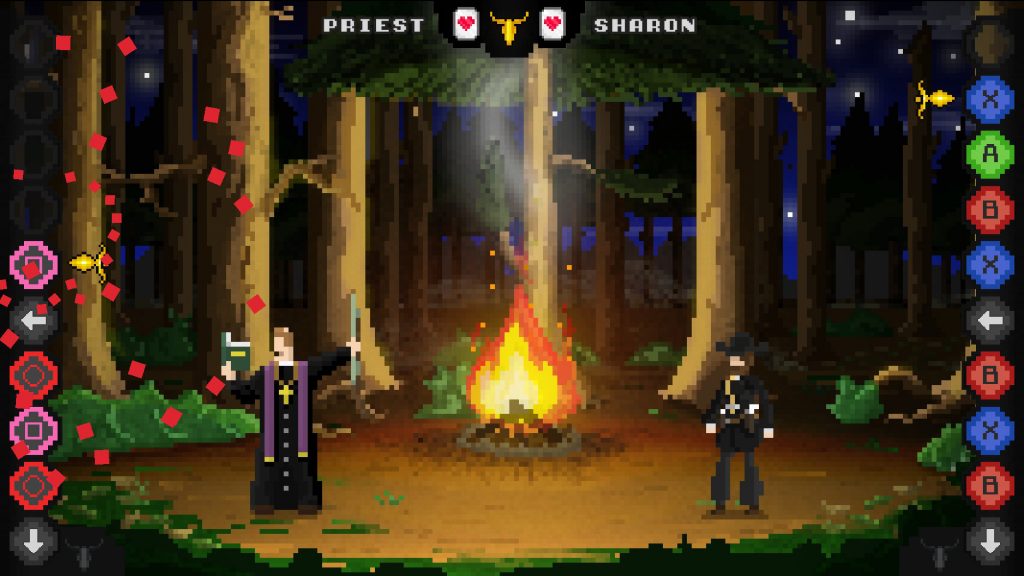 The gameplay is easy, but requires a bit of hand-eye coordination in order to be successful. You have to be quick on the draw! The match begins when the computer randomly generates a sequence of 12 button combinations. For this demo the sequences were a combination of WASD and the directional arrows on the keyboard. The first player to complete the given sequence wins. The goal is to be quicker and more precise than your opponent. Entering incorrectly on the sequence gives your opponent the advantage to complete first. The loser then gets to listen to the winner’s taunts before being shot dead. It does get quite addictive the more you play, especially if you keep losing.

The game utilizes 8-bit slightly blurred characters, very similar to Sword and Sorcery mashed with Party Hard. Nice western music plays in the background. The narrator captures that signature Old West lingo and lends to the fun of this game. It would have been better if there were a single player story mode, taking full advantage of the talented voiceover work by the storyteller. It would have been more immersive with this component.