3 min read
Add comment
FacebookTwitterRedditPinterestEmail
Life Goes On: Done to Death is a humorous puzzle-solving experience that has you searching for the Cup of Life... by sending knight after knight to their death.

Life Goes On: Done to Death is a side-scrolling, indie puzzle-platformer that is simple, yet quite unique in its execution. It was created in Unity by a small, three-man Canadian development team called Infinite Monkeys Entertainment. They originally created the concept for the game at a local game jam and released the first version of this game, Life Goes On, in 2014. This review will be for the updated and expanded version of the game.

The story is quite simple — a King sends his knights on a quest to retrieve the Cup of Life to grant him immortality. Unfortunately, there are an outlandish amount of golden cups that look identical to the Cup of Life, so your knights will just keep grabbing them all until they find it. You control these knights one by one as they each meet their own demise. Each chapter has a few humorous paragraphs on the map that actually add a little bit of depth to the story, but not by too much. It’s really not about the story as much as the humor. 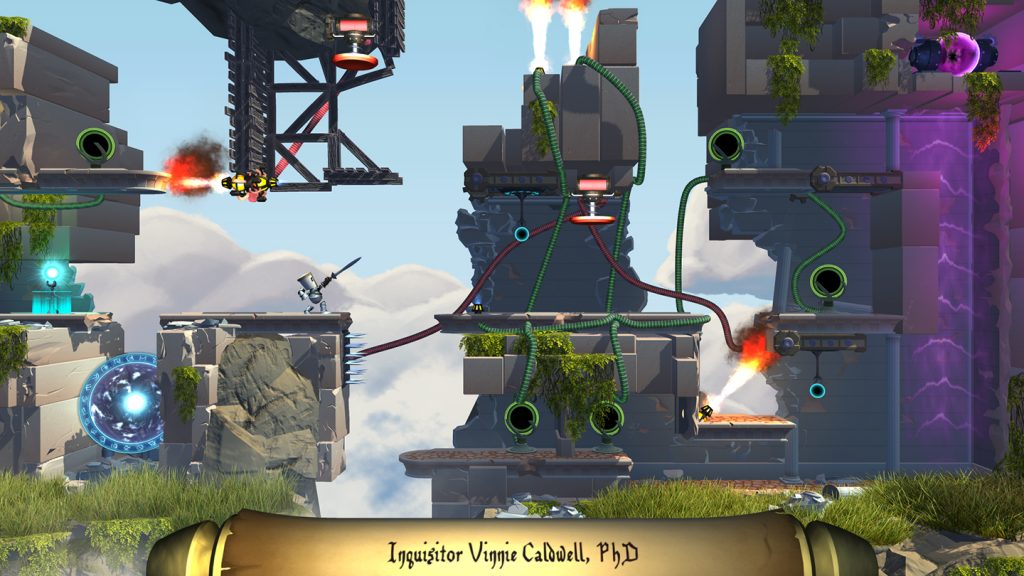 Your name is Sir Byron Bluthor, the Good Knight. A pit of spikes is all that lies between you and the shimmering, holy grail-looking cup, as well as the end of your quest. You take a step back, sprint and leap with all your might… and land in the middle of the spike pit. Luckily Sir Ego Raptorson was able to traverse the gap using Byron’s dead body and grabbed the cup! Unluckily, this isn’t the Cup of Life, rather, it is the “Cup of Lime.” Better luck next time. This summarizes the base experience of Life Goes On. You basically throw knights to their death until you get to the end.

There are four chapters in the game, each having their own unique elements that they introduce to the player, and each one progressively gets harder and harder, though the game never gets too difficult. You’ll find yourself having simple, good-hearted fun and never really be too stressed out about any given situation. The controls are simple; walk left or right, use the A button to jump, and that’s it. From there you’ll be platforming and puzzle-solving in a humorously gruesome way that I don’t think I’ve ever experienced elsewhere. The game also features unlockable hats, as well as bonus levels, and challenges in each level to inspire you to try a level a second or third time. 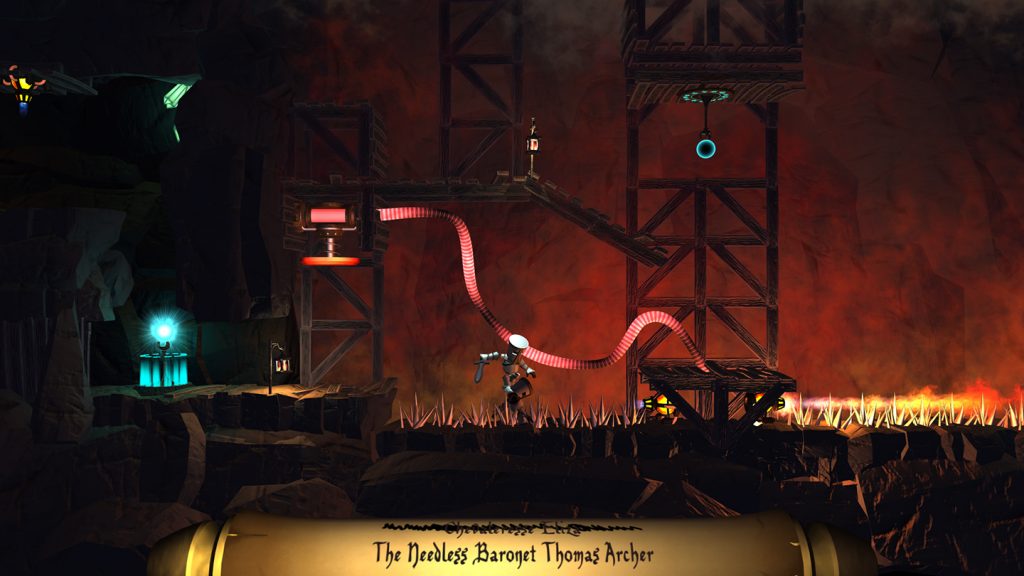 The game was built in Unity and features simple 3D-animated graphics. It’s quite colorful and the art style lends itself to the outlandish deaths of each knight. The game isn’t really pushing any boundaries here, but it doesn’t really have to given the simplicity of the gameplay and the light-hearted nature of the game’s characters and dialog.

The soundtrack for this game was actually really good. Like the graphics, the sound isn’t pushing into new territory, but I had a strange sense of nostalgia from a few of the songs that play during the levels of the game.

Those songs loop during the levels, but there is enough variety and difference in each song to allow them to all settle very nicely every time they come on. I never grew tired of any of the songs during my playthrough.

+ Simple, but fun gameplay
+ Humor that will lighten the mood
+ Music that never grows old