2 min read
1 comment
FacebookTwitterRedditPinterestEmail
Jon Bernthal is set to reprise his role as Frank Castle in the upcoming Netflix series.

Netflix has ordered a full first season of Marvel’s The Punisher, continuing their unprecedented collaboration with Marvel Television.

Jon Bernthal will reprise his role as Frank Castle, introduced to fans earlier this year in the second season of the Netflix original series Marvel’s Daredevil, with Steve Lightfoot (“Hannibal”) serving as Executive Producer and Showrunner in addition to writing the series’ first two episodes. 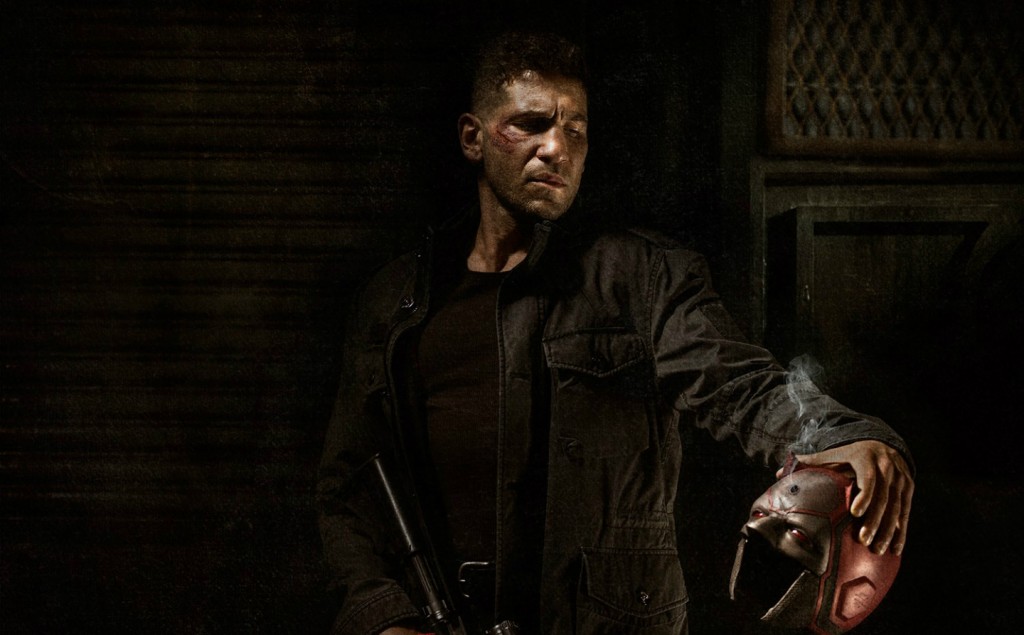 “We want to thank the fans who are clamoring for more of Jon’s stunning and powerful performance as Frank Castle from ‘Marvel’s Daredevil,’” said Executive Producer/Head of Marvel Television, Jeph Loeb, “Now combined with Showrunner Steve Lightfoot’s compelling writing, we’re thrilled to bring ‘Marvel’s The Punisher’ to Netflix.”

“Jon hooked our global audience with his performance as Frank Castle from the moment he stepped on screen in ‘Marvel’s Daredevil,’ and we are looking forward to seeing more of him in this role under the vision of Steve Lightfoot,” said Cindy Holland, Netflix Vice President of Original Content.

“For me, the complexity and unpredictability of Frank Castle make him an incredibly compelling character and I couldn’t be more excited to dive into his world,” said Executive Producer and Showrunner, Steve Lightfoot. “After watching Jon’s performance in ‘Marvel’s Daredevil’ I could not be more excited to be working with him to further develop and progress the story of this anti-hero in a show of his own.”

Marvel’s The Punisher marks the sixth series ordered thus far as part of the groundbreaking collaboration between Marvel Television and Netflix including the upcoming Marvel’s Luke Cage, Marvel’s Iron Fist, Marvel’s The Defenders and the Peabody Award-winning Marvel’s Jessica Jones.

Marvel’s The Punisher is produced by Marvel Television in association with ABC Studios for Netflix.