Arcana Heart 3 LOVE MAX!!! is the third installment in the 2D arcade-style fighting series originally from Examu, and ported over to PC by Arc System Works.

As newcomers to the series (and fighting games in general, aside from the occasional foray into Smash Brothers and Tekken) we found it to be a fun experience, even if it didn’t contain the most compelling narrative. That’s okay though… we’re here for the magical gals!

We played mostly arcade style/versus mode rather than story mode, since the overall narrative is the same across every character. The end cutscenes and some dialogue in between, however, are custom to the character you choose.

The game takes place in a fictional, futuristic Japan that has some fantastical elements. We hadn’t played Arcana Heart 2, so the story was brand new to us. Previously, the “Great Kanto Incident” occurred from the “Drexler Institution”, and dimensional rifts were opened across Japan. The Japanese branch of the Celestial Union was dispatched to investigate the phenomena (keeping up still?), and they called on several angels from the National Academy of Metaphysics. Now, there’s only six days left until Japan is destroyed… that’s where you come in!

The standard game-modes are all there: Story, Survival/Score Attack, Versus, Training, and Time Attack, along with additional galleries and replay theaters.

On to the main attraction! You can play as 1 of 23 characters, and pair with 1 of 23 ‘Arcanas’ (think magical abilities — ice, love, fire, water, wind, thunder…) giving you a ton of combinations, offensively and defensively, to experiment with.

Each character has their own set of standard moves as well as enhanced powers based upon the Arcana you choose. We didn’t play every character/Arcana combination (that’d be like 500-something..?!), but some felt more powerful than others. This made bouncing between characters (gotta try ‘em all!) a bit overwhelming for a first-timer, in terms of learning abilities and combos. At one point we were Googling techniques for longer than we were actually playing. Our recommendation would to be find a character you think looks awesome, and learn the crap out of them. 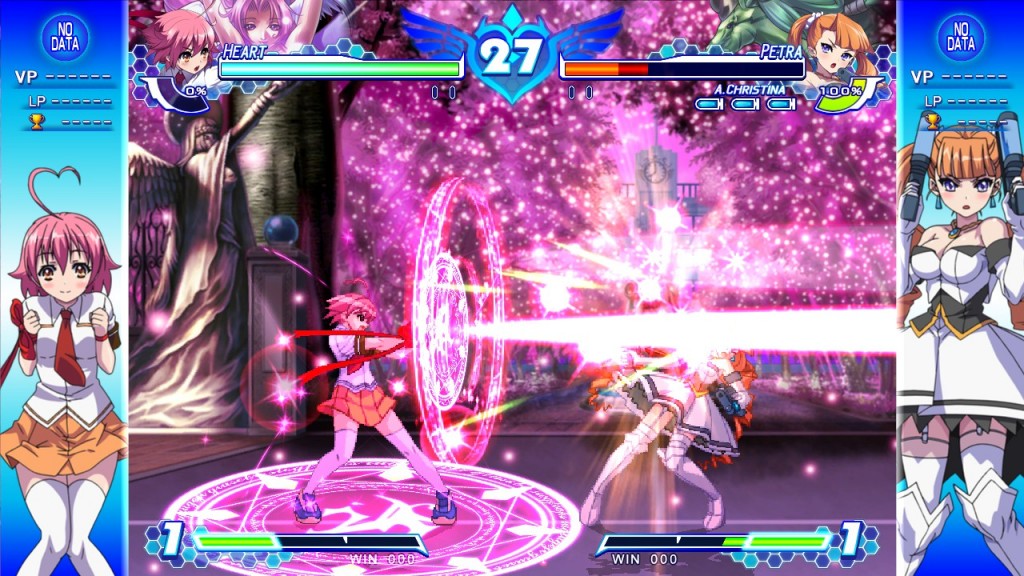 Attacks are broken down into five basic categories: Weak, Normal, Strong, Homing, and Arcana. I can’t stress this enough: get an arcade fightstick or fightpad! AH3 was an arcade-only game prior to being ported over — so it was built for a fightstick. We found it difficult to finesse with the re-mapped buttons on our Xbox 360 controllers (A=C, C=B, etc… can only map A to B and B to B… it was like an algebra problem) so early on we would simply button mash to victory, which always feels a little uncool (unless you’re into that, in which case, bravo!). Also, with 4 gauges (Health, Special, Force, Arcana) it got a little hard to keep track of what’s ready and how to execute it properly. Once you do get the hang of it to pull off combos, and ultimately your Extend Force and Arcana Blaze, it feels super-rewarding, robust, and includes a custom animation.

The anime-style character design is cute and fun, and feels nostalgic. Each character comes with approximately 20 different color combinations, which was overwhelming yet exciting. Character select took a while because we were scrolling through every option. That said, the different characters were all unique and had distinct, stylish outfits (future cosplays, anyone…?).

I’d recommend playing it at 720p. For some reason, it lost a lot of polish at 1080p. I guess retro-feeling graphics are meant to stay retro. 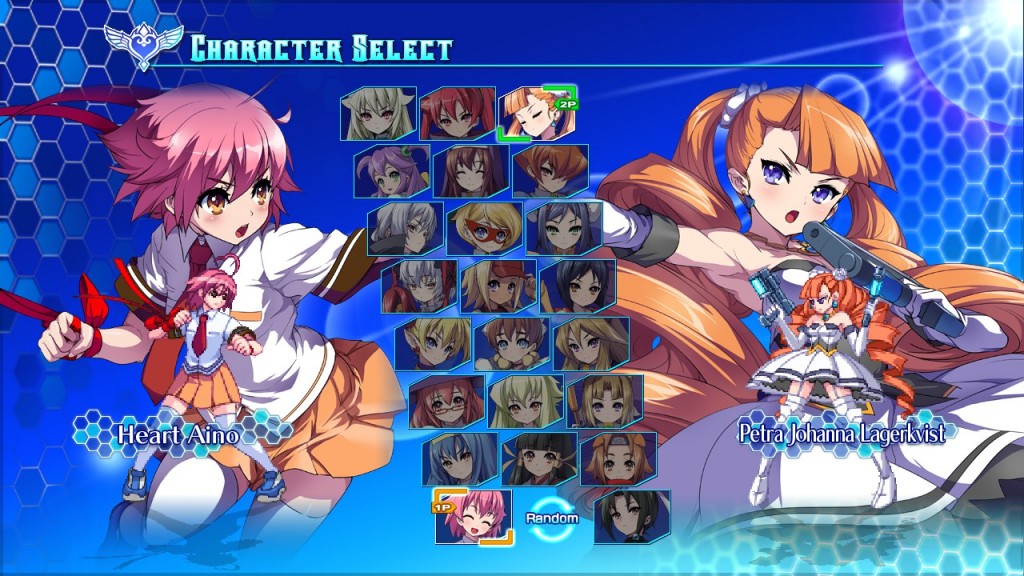 The intro music is high-energy (the sequence plays out like an anime intro) and soundtrack music throughout maintains the same high energy. All of the audio is in Japanese, with various language subtitles options. In combat the hits sound satisfying, while the near-constant anime shrieking can get a little old.