5 min read
Add comment
FacebookTwitterRedditPinterestEmail
Dragon Ball Xenoverse is the best Dragon Ball fighting game in years, even if it's not without its faults.

Dragon Ball Xenoverse is the latest in a long string of Dragon Ball fighting games. The most exciting change in this title compared to prior Dragon Ball games is that Xenoverse allows, for the first time ever, for players to create their own fully customizable characters.

Story is a tricky area when it comes to Dragon Ball games, as the plot of Dragon Ball, Dragon Ball Z, and Dragon Ball GT has been rehashed so many times. It’s fine for a first time player, but for someone who’s played multiple DB fighting games, this can become stale. Xenoverse made a smart move in this iteration by telling the familiar story with a twist to breathe some new life into it.

Two villains, named Towa and Mira, have started traveling through time and manipulating history. Unable to handle things on his own, Trunks asks Shenron to send him a hero that can go back to various points in time and restore the timeline by correcting events that Towa and Mira have altered.

This is where you come in, as Shenron summons your custom character to serve as that hero. 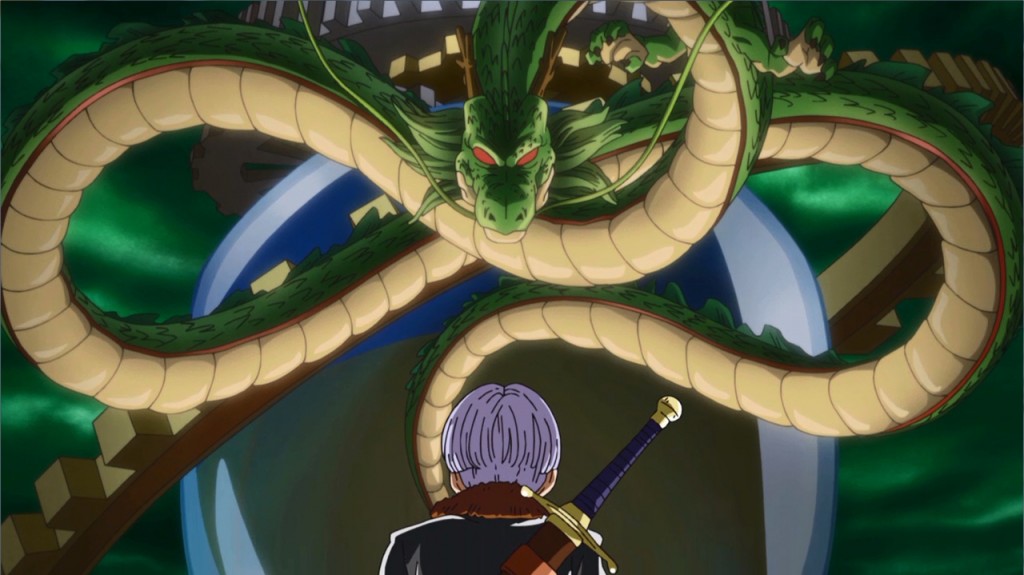 A lot of the fighting mechanics here are similar to those of previous Dragon Ball games. You have gauges for health, Ki, and stamina which can all be drained and restored during battle through various means. In addition to some variations in melee attacks, each character has a set of Super Attacks and Ultimate Attacks, which have always been a highlight of any DB game.

Combos are plentiful and achieved by chaining together weak and strong melee attacks, while the Vanish technique and some Super Attacks offer ways to escape a combo being executed. Most combos are fluid, however, I would often run into an issue of my combo breaking because my opponent shifted to a different height level during the combo through no action of their own, leaving me punching at air.

Character customization is well done, even if there are some things about it that bug me. When leveling up your created character, it’s easy to raise stats geared toward your preferred fighting style, whether that be an up-close melee fighter or a long distance Ki blaster. There are many different options for appearance and clothing, although in games like this it always annoys me that clothing items have their own stat modifiers. I just want to make my character look cool and work on leveling up stats on my own. When you purchase new clothes, you don’t get to see a preview of what that clothing will look like, so what might have sounded cool or had good stat modifiers could end up making you look ridiculous. 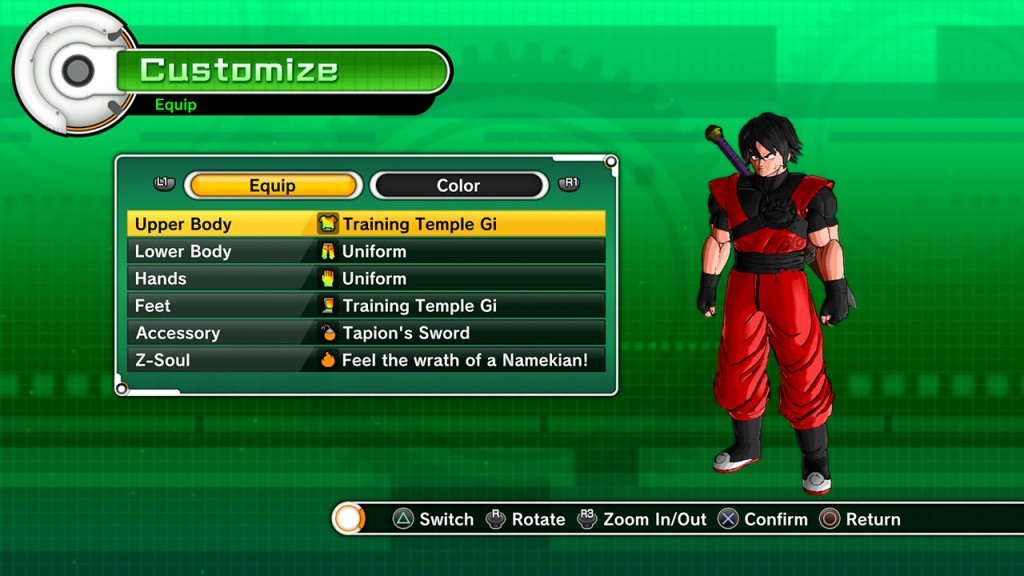 There are lots of great attacks to choose from, even if some are much more useful than others. While there are a good amount of slots to fill these attacks with, I wish that every character had a designated button for charging Ki, much like in previous games, so that a slot didn’t have to be wasted on that.

The game is fun to play through, with the story campaign being the most satisfying aspect. The world you walk around to get from stores, to story missions, to side missions (Parallel Quests) felt unnecessarily big, creating a need for loading screens between 3 or 4 different areas, while one seamless area would have been enough.

The difficulty on both story missions and Parallel Quests can shift dramatically from one to the other. There is a general increase in difficulty as you progress, which should be the case, but there are particular missions here and there that are wildly difficult for no apparent reason. Being strong enough to complete these missions involves a lot of level grinding by playing Parallel Quests over and over again. Grinding is also necessary to unlock a lot of items and attacks, as unlockables are not guaranteed by victory, but acquired by chance after a successful mission.

As far as Dragon Ball games go, Xenoverse is at the pinnacle in the graphics department. Backgrounds are reminiscent of classic areas from the show and are fully destructible, character appearance is spot on, and attack animations look gorgeous. I’ll never get sick of going Super Saiyan or firing off a Kamehameha.

There are some minor camera issues, where sometimes it gets stuck behind an object and my view is obscured, but this happens rarely. I also wish there was a better way to define a playing area than having invisible walls that appear only as you run into them, but with environments as open as they are in the Dragon Ball world, I don’t necessarily have a better suggestion to solve that issue. 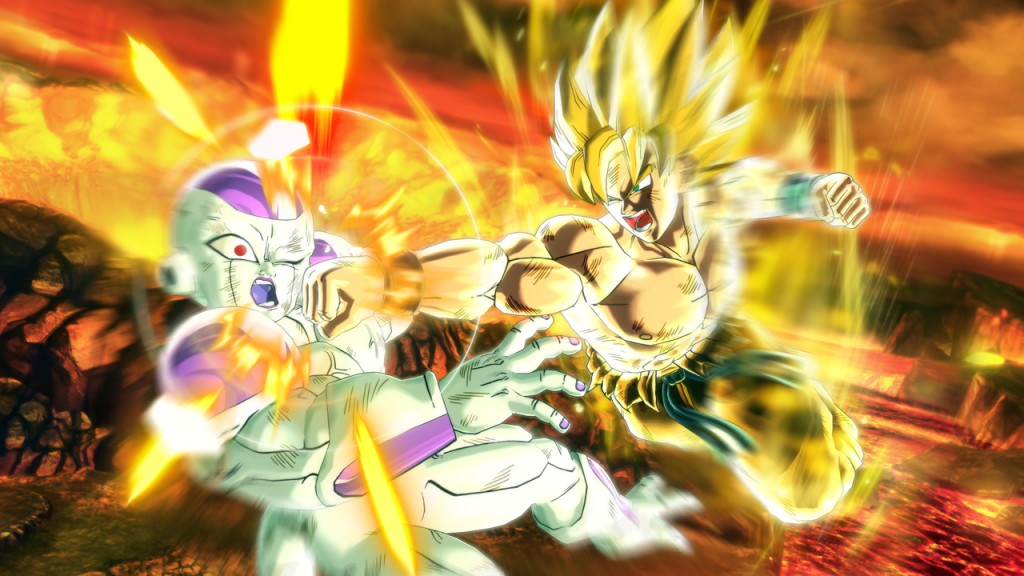 Sound is as great as you’ve come to expect from a Dragon Ball game, with all the voices you’ve grown to love returning to give life to familiar characters. Every punch, kick, and blast are on point and emotionally rewarding.

+ Character creation and customization is a welcome addition
+ A new twist on a familiar story keeps it from feeling stale
+ Fast-paced Dragon Ball-style fighting like you’ve always loved
+ Satisfying attack animations remain at the heart of a Dragon Ball game
+ Character design, voices, and sounds will have you feeling that sense of nostalgia